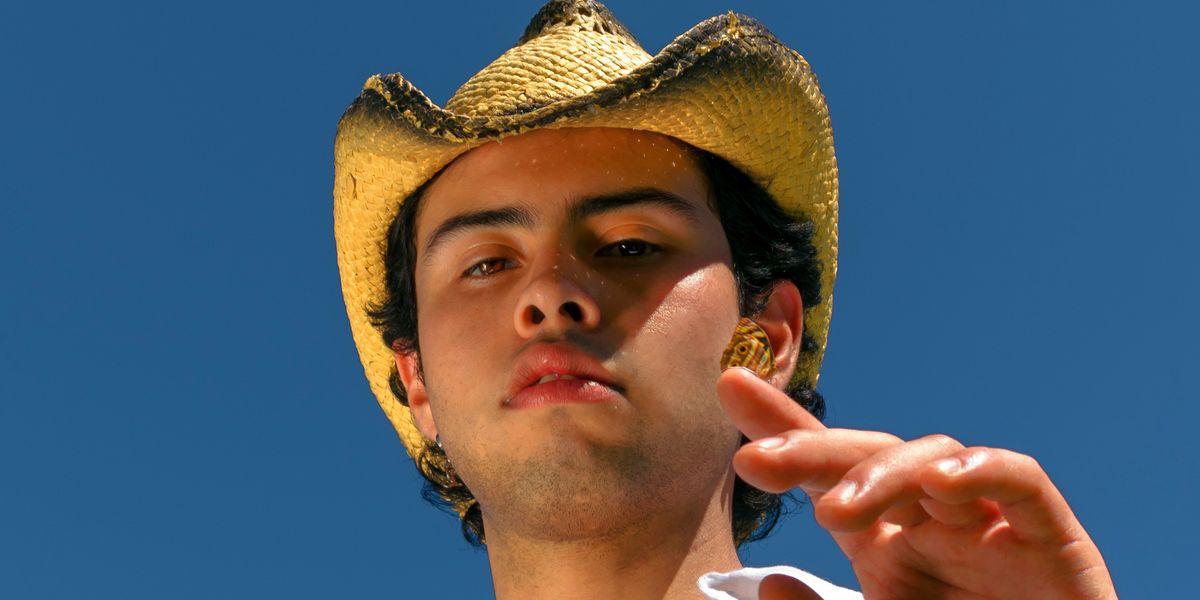 Manchado Wants to Be 'Courageous'

The opening frames of Manchado's "Courageous" makes the music video appear as if it's going to be a ranchero's retelling of The Sound of Music. Manchado looks out longingly over a lush, hilly expanse, a blue sky hanging over him while retro synths pluck away behind him and a guitar is strummed lightly. Once the drums come in, all bets are off and the listener's body can't help but move in a staccato hip-sway to the self-love-celebrating track, set in Manchado's home country of Colombia.

"This was the first song I wrote being inspired by Latin music," Manchado says of the new song. "Also, growing up in Colombia, I always was fixated on foreign things. After living in New York and experiencing being a Latinx immigrant in the current political climate, it made me realize how valuable and beautiful things from my culture were." With this in mind, there are multiple points of entry to "Courageous" as a song and a video. There's an element of the track that's highly personal — "I want to be courageous/ I want to be my best," he sings in the chorus — but an element that's also unifying around his Latinx identity. His experience in New York illuminated this as well, as he tells PAPER, "It made me want to own my latinidad."

At a certain point, the music video gets a little steamy. Manchado strips off his shirt and poses under a waterfall, flexing while gripping a vine. His voice in this bridge has a significantly low affect compared to the rest of the track, pairing well with the interplay of hyper masculine ranchero aesthetics that follow. For the rest of "Courageous," he's backed by a dimming sunset, implying a dusk-to-dawn transformation of courage within Manchado.

Overall, the video and track are unwavering statements of identity and intent for Manchado as both an immigrant and an artist. He uses his overlapping inspirations and backgrounds to his advantage, wrapping them up into a package that's as mesmerizing as it is fun and easy to dance to. Despite the fun rhythm, one can observe how seriously Manchado takes the message behind the track, and rightfully so — towards the video's midpoint, he holds a mirror and his lap and sings into it. The moment, while fleeting, is a quick reminder of the inner strength powering his statement: he wants to be brave, he wants to "be someone."