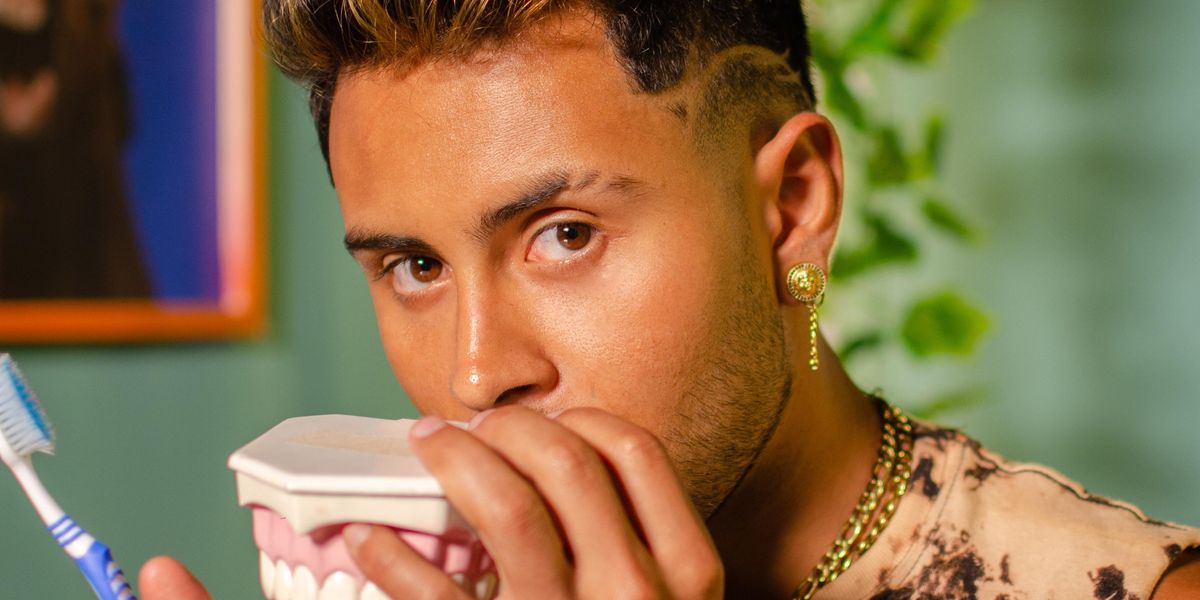 On Manchado's newest single, "Azucar," the queer pop star (with a big sword) sings about a love interest that's both "drug and dessert."

The title, which translates in English to "Sugar," zeros in on the "desperation and pleasure of being trapped in a cycle of instant gratification," as he explains, featuring a guest verse from friend Jean-Luc and production by Shubu.

"'Azucar' came to be in my exploration of latin rhythms and recreating them in unfamiliar ways," Manchado says, finding a balanced space between salsa and hyperpop — two genres he's played with in the past.

In the "Azucar" music video, co-directed by Manchado and La Sociedad Inventada, he's shown in a surreal dentist's office where things toe the line between reality and NSFW role-play. He gets whipped by the front desk clerk and handled by the doctor, all while Jean-Luc hits a donut-shaped piñata.

Related | Manchado Has a Big Sword

"Creating this was definitely the most collaborative effort I've ever had, from the song to to the video," Manchado says. "Half of it was done in Colombia, the other half in New York; it's both my worlds colliding. It was very satisfying seeing how working with your community can turn out so great."

Watch "Azucar," featuring Jean-Luc, above, and stream Manchado's latest, below.