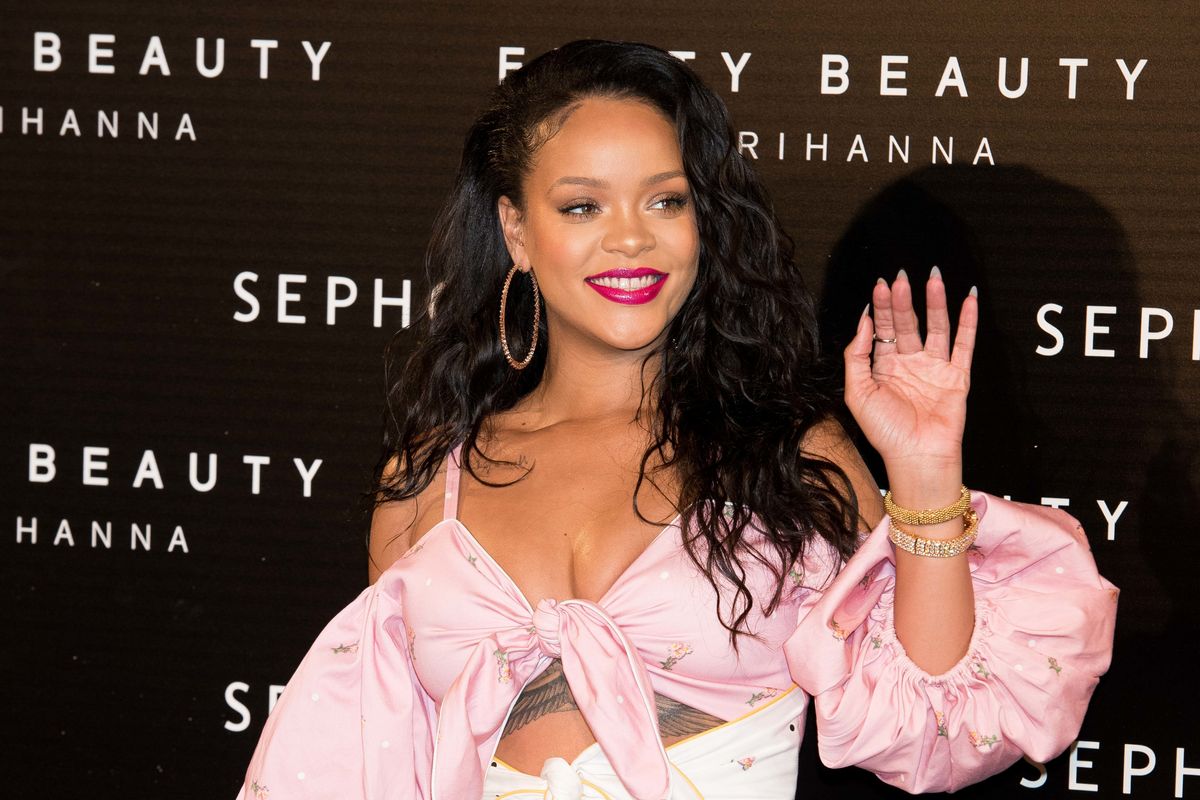 Rihanna, who I like to think dines exclusively on trays of fresh seafood at fine restaurants — providing her with sustenance is frankly the least our oceans can do — was forced to contend with a drunken man stealing an oyster from a plate she was sharing with friends in London over the weekend, The Sun reports. But she handled the ordeal quickly and efficiently.

As the tabloid puts it, "the singer was partying with pals at London's exclusive Chiltern Fire­house when a drunk lad pinched a mollusc off her platter." Ugh! The disrespect! You can picture exactly what kind of gross entitled rich dude would do this, for a "laugh." For the "banter." Awful.

Happily, the mistake ended up costing him £250. According to an unnamed source, the intruder didn't even eat the oyster he stole, instead passing it to a friend. He reportedly kept on partying (the Chiltern Firehouse is kind of like a British Chateau Marmont), only to be confronted by a member of Rih's entourage, who demanded he pay for a whole new platter after "ruining" the previous one by touching it with his commoner hands.

"With all her millions, you wouldn't expect Rihanna to notice a missing oyster but she's obviously a savvy business-woman who surrounds herself with the right people to keep an eye on things," the source added.

Related | Rihanna Gives Us Something to Look Forward to in 2019

So true! But we've buried the lede — Rihanna is reportedly in London to put the finishing touches on her reggae-influenced album. Drunk lads of Britain: please leave her alone while she perfects the soundtrack to summer 2019.