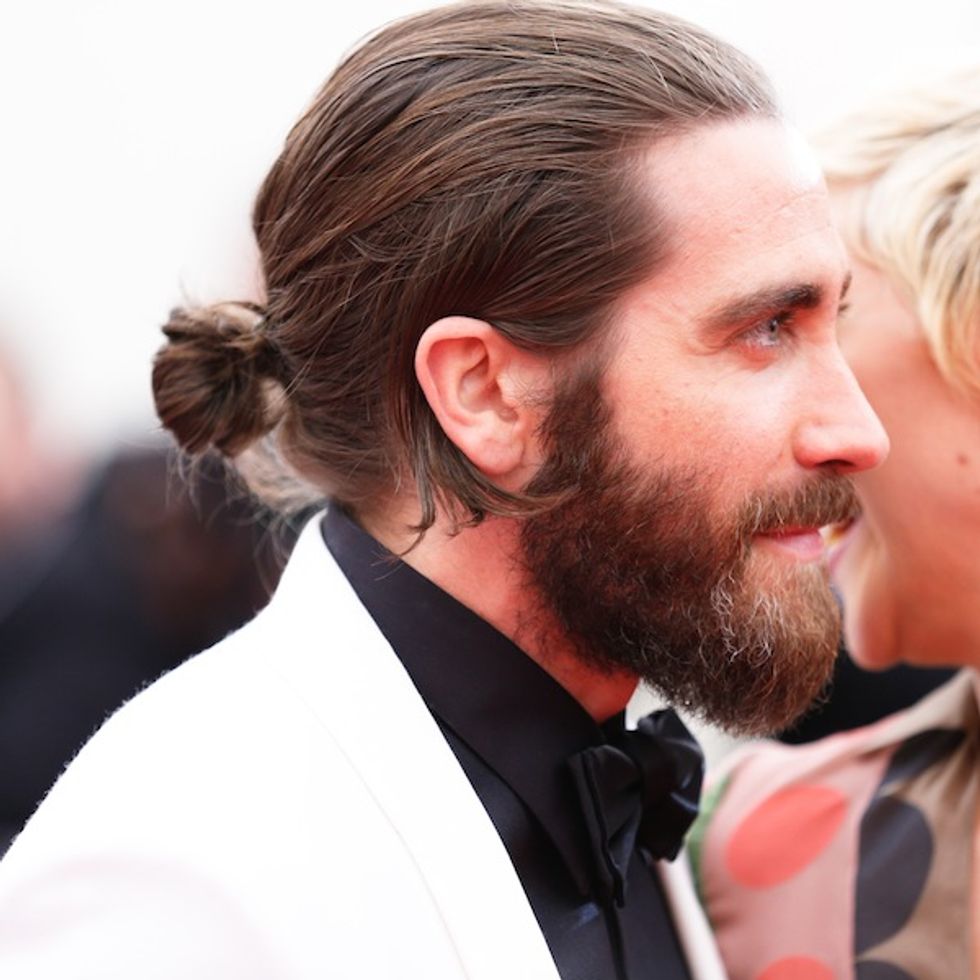 Man Buns May Lead To Baldness

By Sandra Song
PAPERMAG
photo via Julian Mackler/BFA
[Update 09/28/15, 12:20 p.m.: Man, man buns just can't catch a break. In addition to being potentially linked to baldness, it looks like The Man disapproves as well, since BYU Idaho is now punishing men who dare tie up their hair in a messy-chic bun. Yikes.]
According to a new study, it looks like man buns can cause something called traction alopecia, a condition that leads to baldness around the temples and forehead from repeated instances of overly tight hairpulling -- aka when you pull it back into a man bun.
"They're putting traction on the hair follicles that the hair is not really meant to take," dermatologist Sabra Sullivan said, telling Mic that man buns could be the reason traction alopecia is becoming more and more common.
Granted, this can happen with any hairstyle that causes tensile force at the hair follicles -- which is worrisome for a topknot adherents regardless of gender -- but TBH we stand behind anything that'll ensure the death of the greasy, unwashed man bun. Take a cue from Fabio, y'all.
[h/t The Independent]
You May Also Like
Music