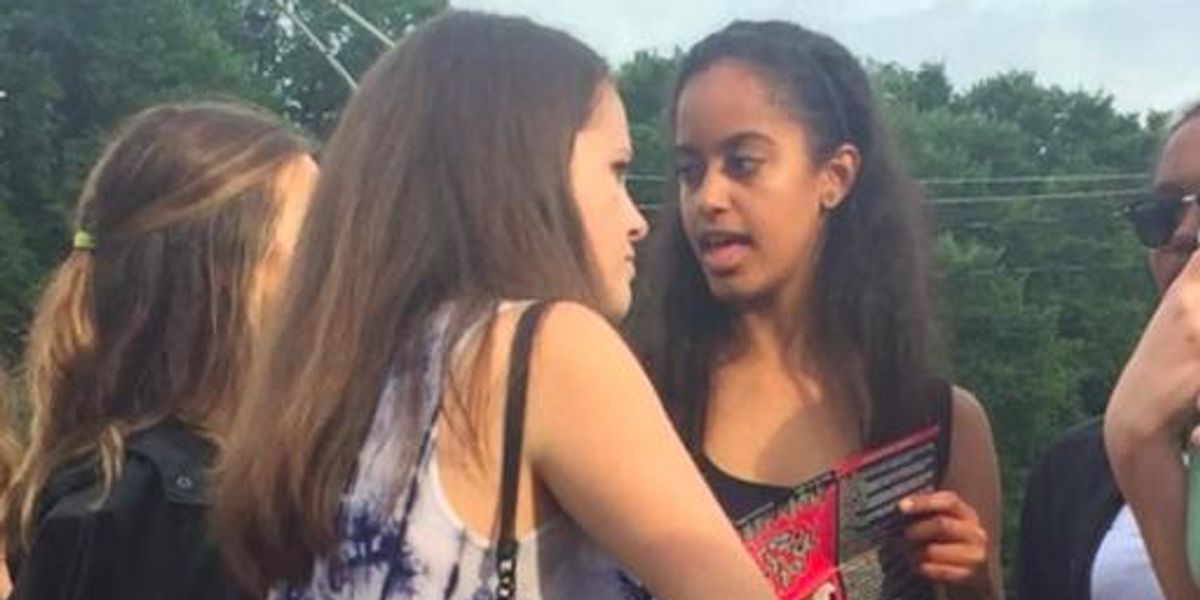 Not Everyone Is Disappointed in Malia Obama

Malia Obama, daughter of the 44 th President of the United States and Harvard pre-frosh, was seen smoking what appeared to be weed in a 9 second video published by Radar.

The clip, which looks to be a Snapchat, shows the 18-year-old and her friends doing what so many just-graduated high school seniors do - dancing provocatively in public and caving to peer pressure.

The Internet was quick to comment on the noted teen's antics, and while some implored her to look at her life and her choices, a possibly larger and definitely more chill group applauded the girl for living her best life.

A note to the parents:

To every parent who's bothered by Malia Obama having fun at Lolla last weekend- have you checked your kid's snapchat lately?
— Big Wave Dave (@MorelandPrint) August 10, 2016

It's really not a big deal for Malia Obama to be smoking weed but her friends are TRASH for posting a video that shows her doing it
— Arnesa. (@arrrnesa_xx) August 10, 2016

Malia Obama is welcome to come to any of my shows for free for the rest of her life.
— Ookay (@Ookayx) August 1, 2016


Breaking: According to my sources Malia Obama is a teenager. More as this develops.
— David D. (@DavidDTSS) August 10, 2016


And finally a McCain stepped in thank goodness!