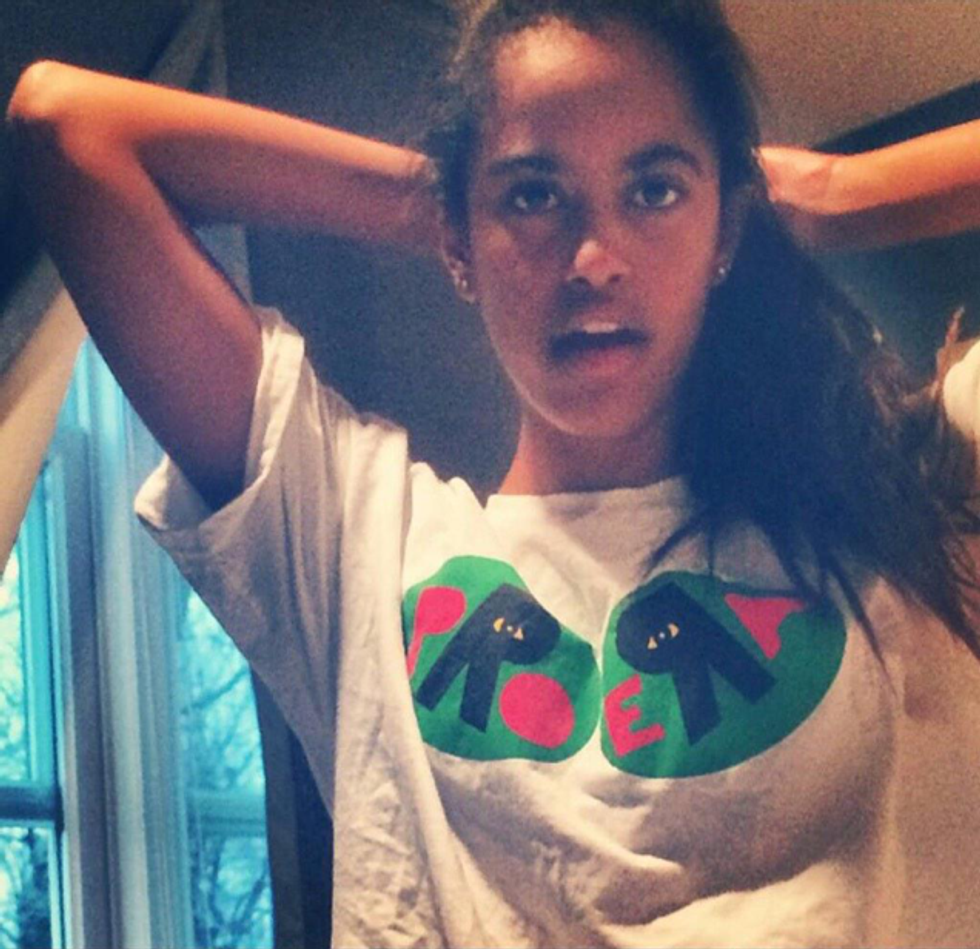 by Sandra Song
PAPERMAG
Malia Obama already has quite the resume for someone who just turned 17 over the holiday weekend -- but now the First Teen/hip-hop tastemaker can add a summer internship at HBO's Girls to the mix.
She's already been spotted around Williamsburg doing typical intern-y stuff Ã  la coffee-fetching and crowd control, and sources have been spilling that she and Girls creator Lena Dunham get along splendidly.
It's a move that's undoubtedly going to make the already buzzed-about show even buzzier (at least more so than her gig as a production assistant for Halle Berry's Extant), so for better or worse, all we have to say is welcome to showbiz, Malia. We expect great things from you, no matter what the pundits/Thought Catalog thinkpieces say.