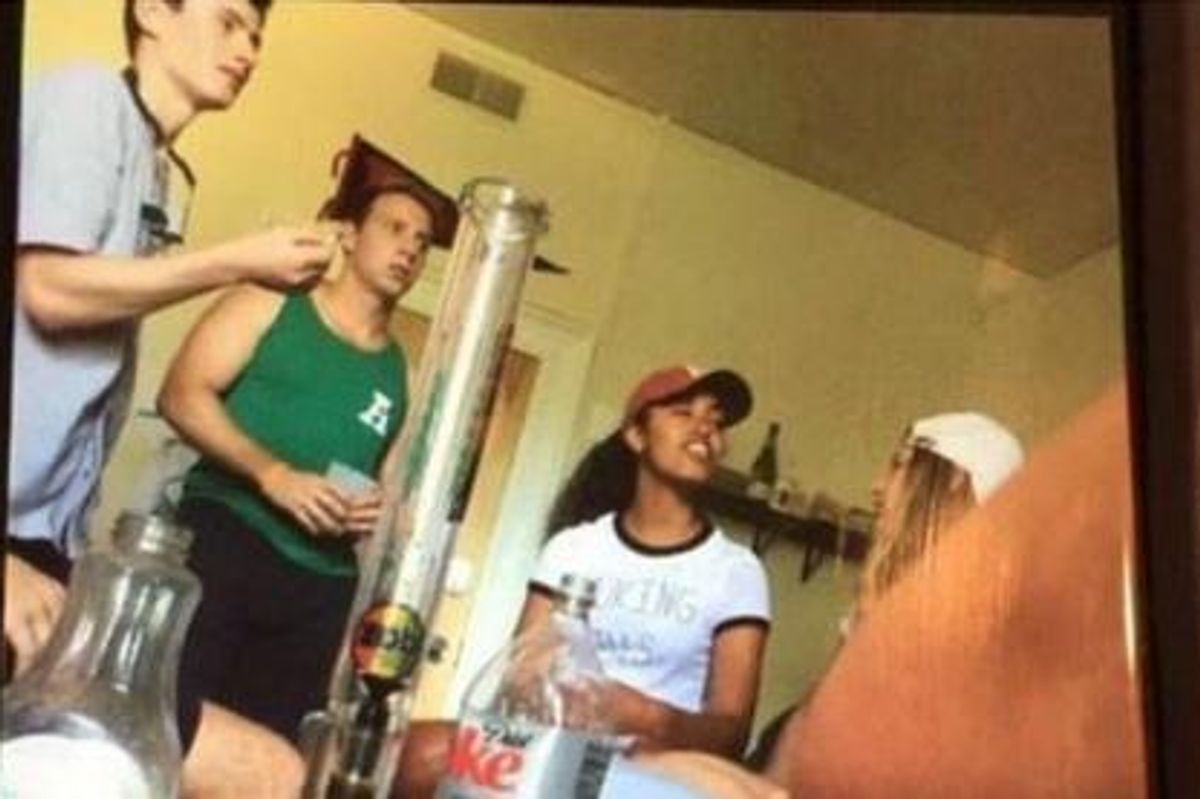 Malia Obama, who is heading to Harvard in a delicate few, made a fierce appearance at Philadelphia's Jay Z-wrought Made In America festival this weekend, donning a "Smoking Kills" T-shirt and a HARVARD UNIVERSITY hat.

The tee--an obvious reference to the headline-making photos of her puffing on a joint at Chicago's Lollapalooza Festival in July--was a well deserved middle finger to her father's hypocritical opponents and media who tried to use his teenage daughter's innocent weed toke as an attack on him; it's also a reminder that yes, bitches, she's going to Harvard.

The First Daughter is now making the rounds again, after a Snapchat surfaced of her and some friends chilling around a towering bong.

The only thing offensive about this photo is that Malia unfortunately associates with some shitty teens who keep busting her on social media for doing things that 18-year-olds do.

When I was 18, I smoked weed with my friend, had a complete meltdown while watching the movie Kids (I know, great idea), and made my dad come pick me up at midnight, where I proceeded to tell him I was "dividing into two halves" as we drove home.