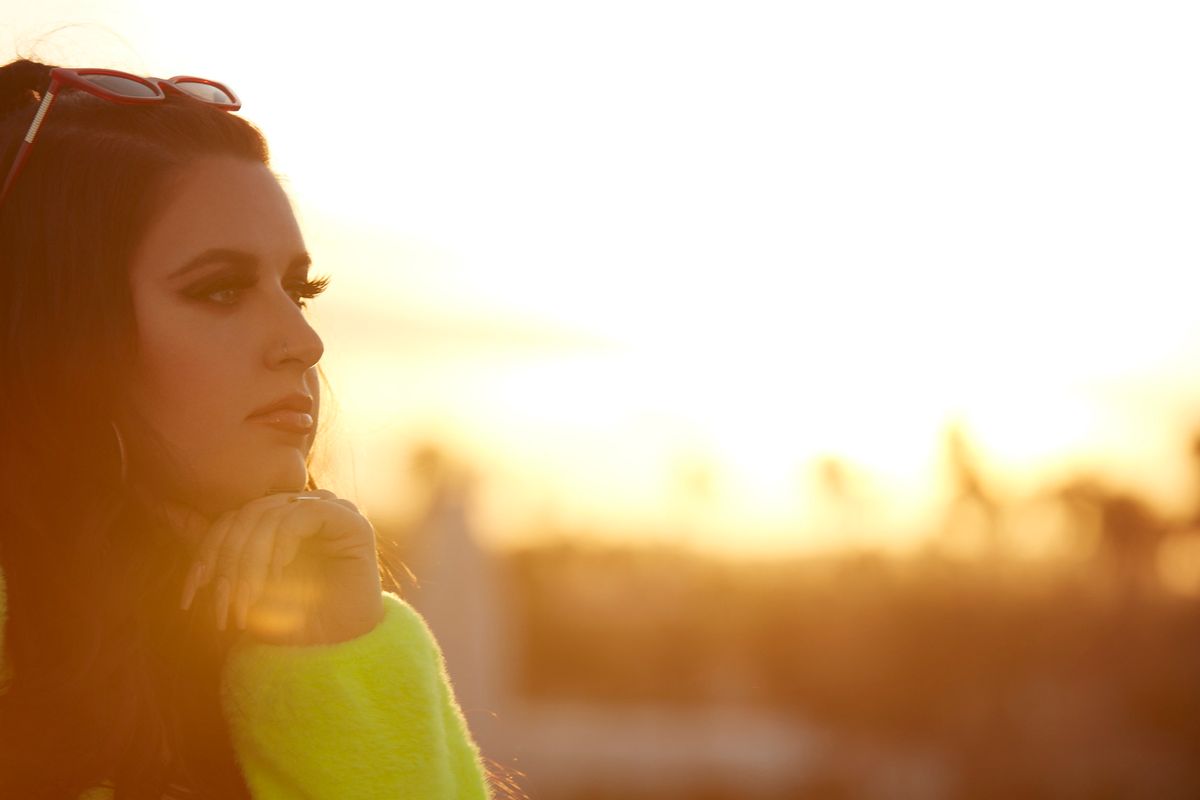 Los Angeles-based musician Malia Civetz first emerged in 2017 with a song about her newfound success, the dreamy "Champagne Clouds." The song was a sigh of relief for an artist who'd been couch surfing just a few months prior. "I'm living easy and I won't come down," she sings.

In the vein of living easy, Civetz is back with a refreshing new message about love. The video to "Broke Boy," premiering today on PAPER, takes on a classic pop subject: financially unstable suitors. According to post-capitalist logic, it's often considered undesirable to be with someone without endless stacks of cash. But Civetz says, "There shouldn't be financial parameters put on love."

The song is anthemic in every sense, praising the heart of someone she loves rather than their bank account, like J.Lo's "Love Don't Cost a Thing" for Millennials struggling with student debt. "There's no credit card that's gonna buy my heart," she sings. "Not a billionaire baller or dough boy."

The video transforms images typically associated with poverty into reclamations of self, thus transcending class barriers. Civetz is pictured riding around in a hooptie with a crew of men, alternated with shots of them wearing jewelry made of bread and headphones made of ramen, some spit out tall-boy beer as if it were champagne.

"I hope this song makes people realize that you might miss out on something amazing if you put a dollar amount on your significant other," Civetz says.

The singer is readying the release of her upcoming debut EP this year, and as someone who uses her music to explore themes of self-love, listeners can expect to hear more of her trademark honesty.

"This music is a celebration of self and others," Civetz explains. "There is a lot of honesty, being open about things that are sometimes inappropriately considered shameful. Finding funny ways to talk about important subjects like sex. Also, I'm ready for love and I want it to be the kind of love I know I deserve."