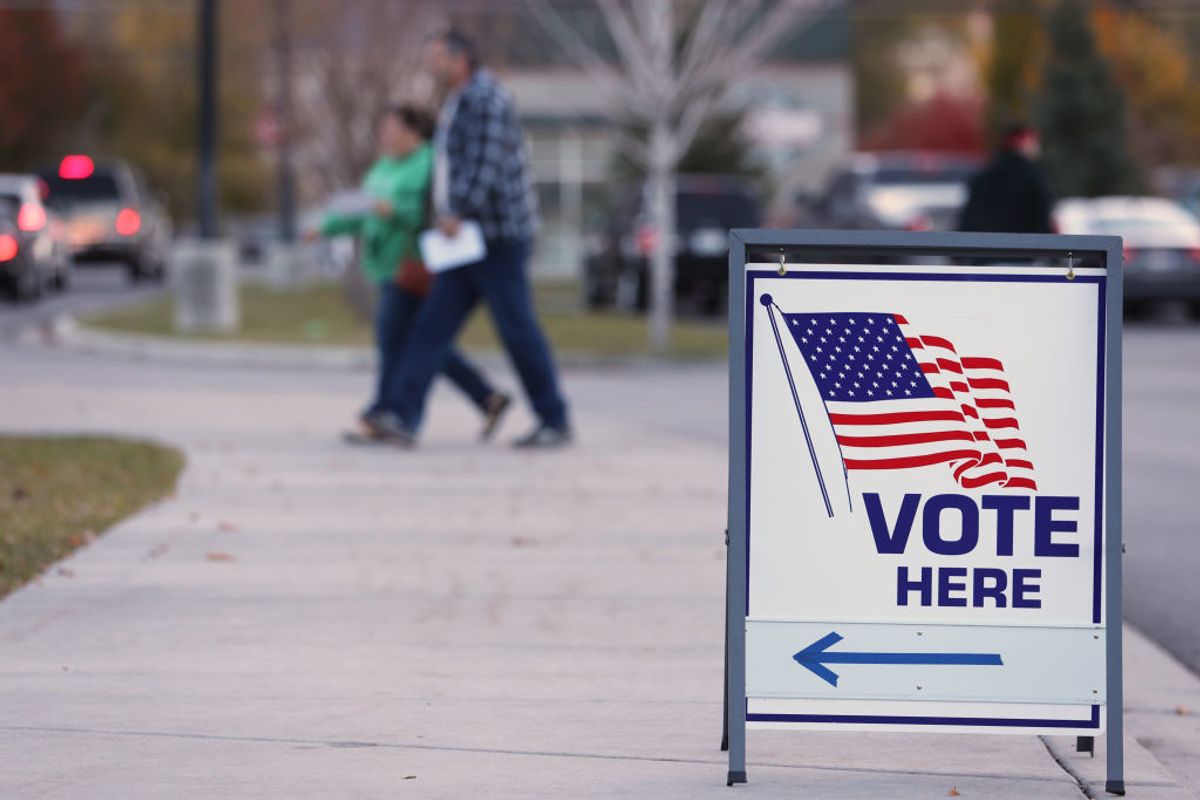 If you've felt comforted by the sight of those extremely long lines of people waiting to vote today, prepare to have that bubble burst. Voters are turning up to the polls in large numbers — but they're also being forced to wait for hours to cast their ballots, due to malfunctioning scanning machines, lack of pens, and other administrative and tech issues. Democracy is, quite literally, broken.

In many instances, a lack of working scanners (in Georgia, where voter suppression has become a central theme surrounding the neck-and-neck governor's race, a disturbing video indicates voters turned up to a polling site where scanners had no power cords) has forced some voters to fill out their papers and simply hope for the best by placing them in "emergency boxes" that will be scanned later.

Outlets including NBC, Quartz, ProPublica, and others report that voters across the country, but particularly within New York state, have been forced to leave the polling stations without having cast their votes due to long delays preventing them from getting to work on time. But there are also heartening stories of people calmly lining up for hours without complaint in order to have their say.

So why is voting more difficult than usual this year? A combination of factors. Wet weather supposedly affects the functionality of scanning machines, voter turnout overall has been much larger than expected, and ballots in some states are more cumbersome than usual — in New York, they span two pages. The words "voter suppression" have been thrown around, not without cause.

More frustrated voter stories below. Many of those long lines and tech issues were reported earlier this morning, so now is a better time to hit the polling booths if you haven't already.