Male Bonding at Bowery Ballroom: The Louder the Better 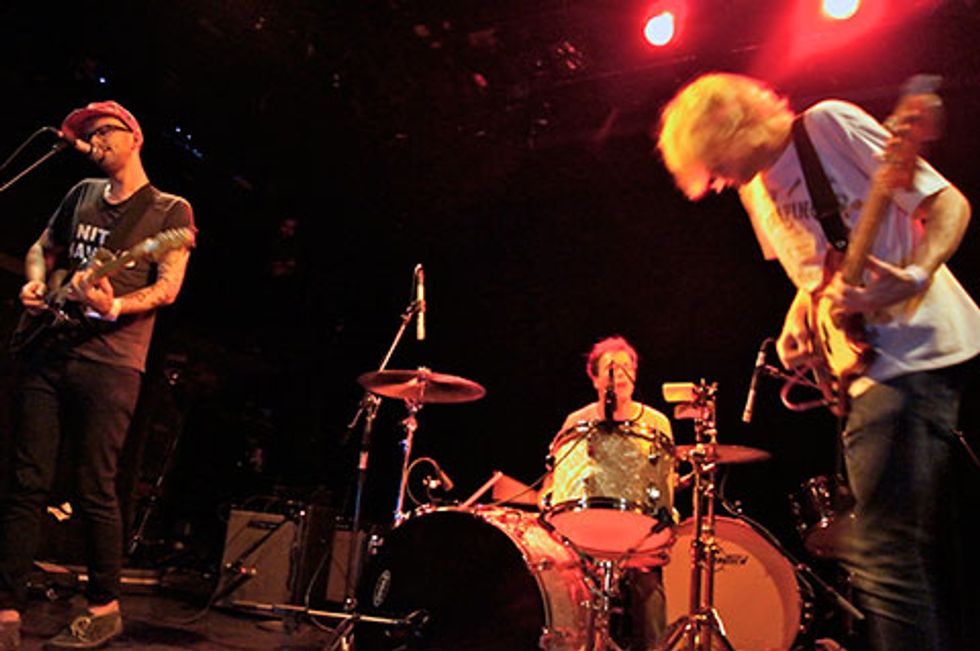 Since we've already done a fair share of coverage on Best Coast's lovesick, summer-soaked songs and lead singer Bethany Cosentino's cat, "Snacks," we'll shift our focus of BC's Wednesday night show to the opening band, Male Bonding. Generally speaking, the members of Male Bonding have that noisy, Brit-boys-mixed-with-Nirvana sound going on with a rowdy, "let's break shit" presence. And I mean that in the nicest of ways. Within their short, 30-minute set, Male Bonding raged their way through tracks from their Sub Pop album debut Nothing Hurts, and instead of coming off as another abrasive-for-the-sake-of-being abrasive band, their loudness was what made this three-piece so easy to like. Best Coast came on at around 11 p.m., killing that head banger mood with a satisfying, but not too thrilling set. There was definitely excitement in the air when Cosentino and co. took the stage, but, at that point, there were also a lot of potent smoke clouds too.