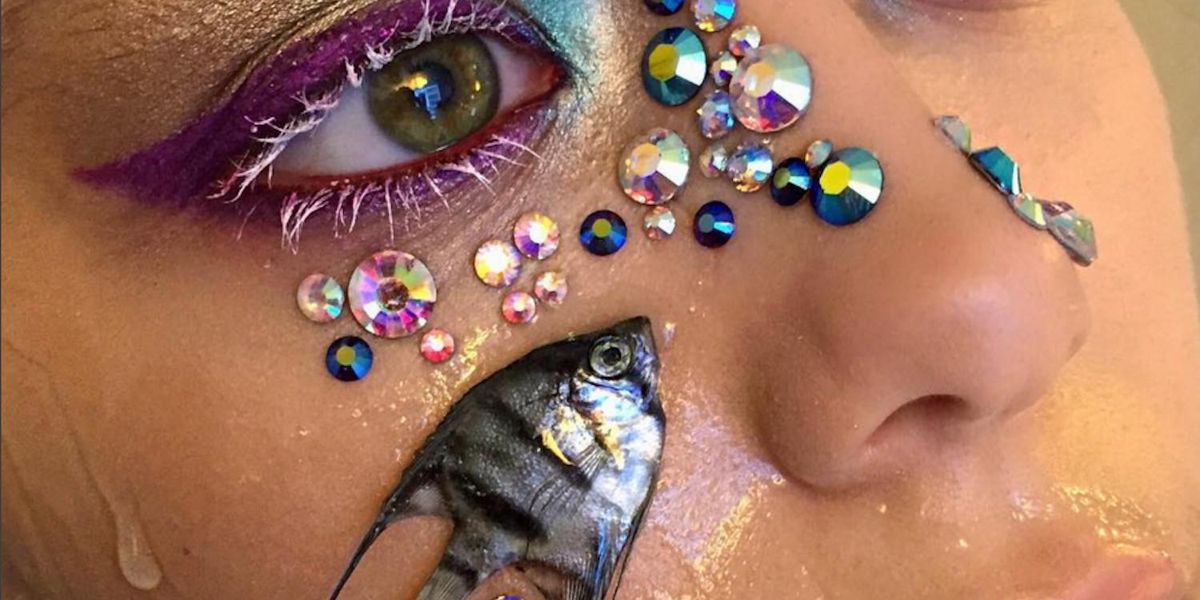 Posting images to her Instagram of models' faces adorned with angelfish and other colorful fishies, Bulochka was apparently trying for a "mermaid" look through the use of ample glitter and rhinestones -- not to mention, uh, actual fishies? According to The Daily Mail, she apparently first posted herself holding a transparent bag of fish captioned "Guess what I'm going to be wearing today?," later confirming that the fish were indeed dead ("same as in your dining plates"). The post has been since deleted.

However, that hasn't stopped many animal lovers from commenting on her posts, criticizing her work as "not art" and "just another stupid person killing animals for nothing." To which Bulochka responded with a "fish do not feel" defense and another post of sardines on her face, captioned "Now I want to play you in a game of 'double standards,'" referencing her critics who also eat meat. Which is...uh, I dunno, still not great justification for killing a living thing in the name of #aesthetics? JFC.