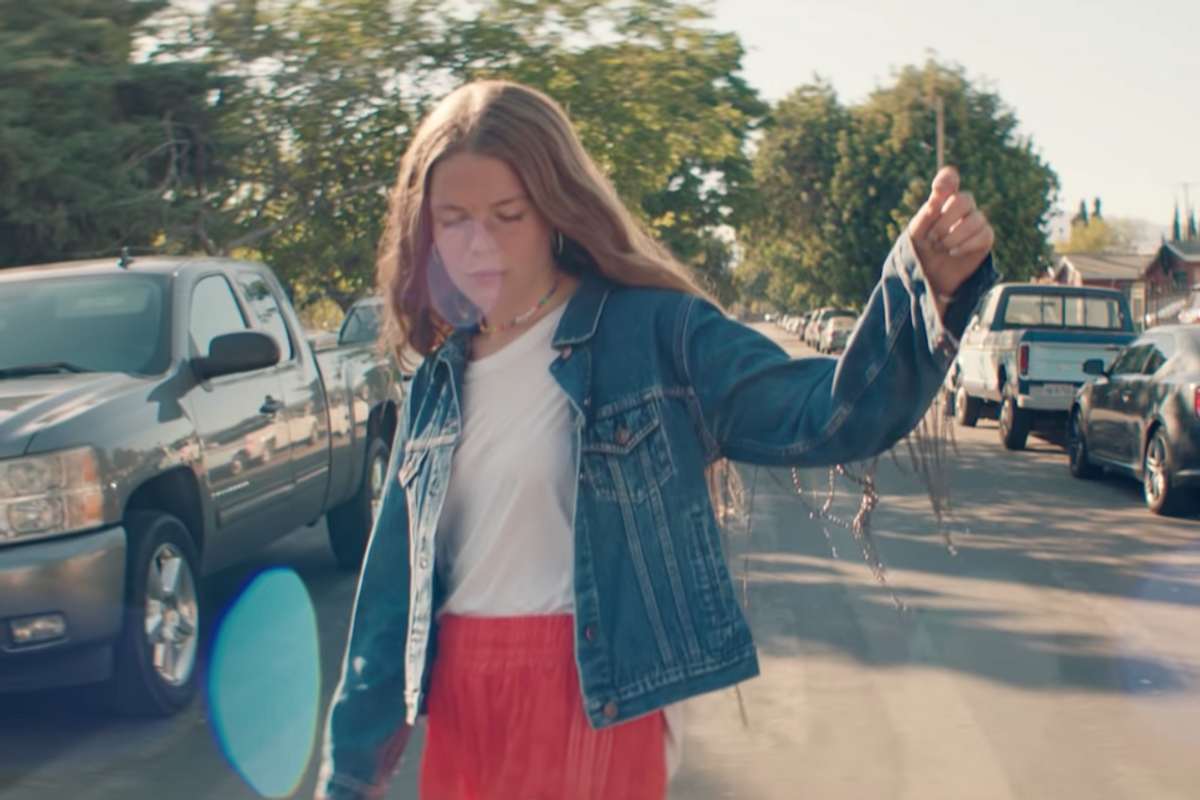 Maggie Rogers, one of our 100 Women Revolutionizing Pop, just released a lovely skate-themed video for her single "Give A Little." Rogers co-directed the video with veteran Alan Del Rio Ortiz (he's worked with the likes of Solange, St. Vincent, Blood Orange, and more), and stylist Louise Borchers dressed everyone in optimal chill LA style. Riverdale's Camila Mendes, one of the singer's good pals, co-stars, dancing away in an empty California swimming pool.

"I was obsessed with '70s skate culture in high school and really just wanted to have a silly day recreating my favorite scenes from Lords of Dogtown and paying homage to my favorite Farrah Fawcett photos," said Rogers, who hails from Maryland. "Those early skate videos feel so raw and powerful, it was important to me to show that that energy could also be female." Very Skate Kitchen!

Twenty four-year-old Rogers, who you may remember from the time her beautiful music made Pharrell openly weep, is embarking on a nationwide tour this fall.