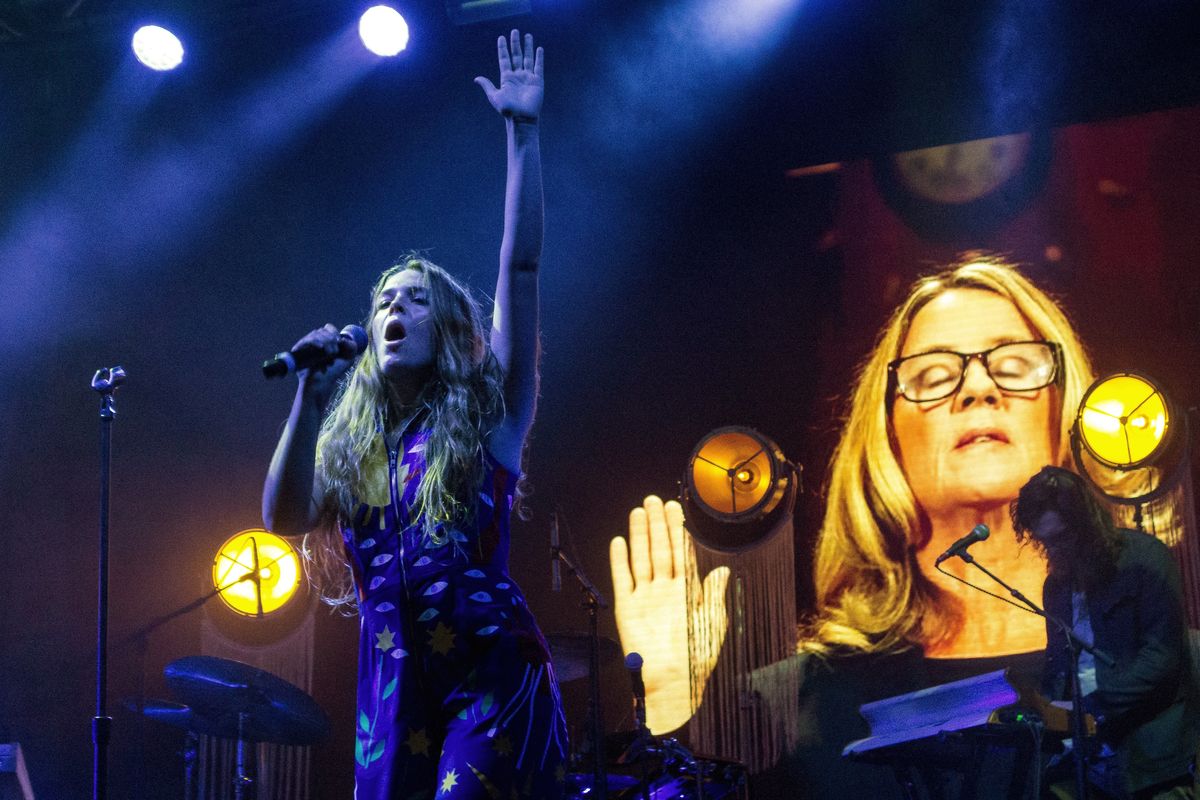 In 2018, only 30% of the nearly 1,000 artists booked at the 20 biggest music festivals were female, or had at least one female member — while only 19% were all-female, Pitchfork reports. This is slow-crawling progress from 2017, when only a 26% were female or mixed, and only 14% were all-female, compelling 45 music festivals to commit to having gender-equal lineups by 2022.

D.C blog and music festival All Things Go, however, don't see why they need to wait till 2022 when the music industry is literally inundated with killer, innovative female artists of every sound and genre. The festival put on it's fifth edition this weekend at D.C.'s Union Market, featuring an all-female and non-binary line-up for it's Saturday show and a 50% female line-up and non-binary for it's Sunday show.

Festivals and touring are a crucial channel for artists actually get paid, given that streaming accounts for 70% of the music industry, and Spotify pays artists between $0.006 and $0.0084 per stream. Ending male-dominated line-ups (and booking women as headliners, not just supporting acts) isn't just symbolically powerful in that it allows young women to see themselves represented on-stage, but significantly re-routes the flow of power and capitol in the music industry.

Plus it makes for a dope, stacked festival and incredible energy. One special moment that reflected exactly who the festival was created by and for, was when Maggie Rogers paid tribute to Dr. Christine Blasey Ford in an emotional performance, while Brett Kavanaugh was being voted onto the Supreme Court just a few miles away on Capitol Hill.

Maggie Rogers on Instagram: “there’s nowhere in the world i would have rather been last night than in washington dc, arm in arm with a few of my favorite artists,…”

Rogers spoke to PAPER about how damn good it felt to be on a bill with all women, and her favorite moments from the festival. Read and see the magical photos of the festival, below.

What did it mean to you to perform on an all-female/non-binary festival line-up?

It's hard to overstate how powerful this weekend felt. During my set, even, I kept talking about how overwhelmed I was. I just felt so full and hopeful — a dose of light I was needing after the week's political news. The biggest thing that stuck with me was how it felt like there was space for everyone. Each artist was so powerfully themselves and using that energy to empower each other instead of competing against one another. All the artists were watching each other side stage and cheering each other on, celebrating each other's diverse voices. Seeing Billie and Jessie just off stage together during my set made me feel invincible and so supported. They had my back.

All Things Go is an incredible example and agent of change — what do you think is the next step in the fight for gender justice in music?

I've always thought of gender equality as a two-step process. The first step is representation. It's important to validate and actively make space for different voices so that our public stages can be a reflection of the beautifully diverse society that we are. But once there's equal representation, the next step is rising above gender divide. I want a culture where artists are united by their work as musicians and where I'm no longer a "female producer" or "female guitar player." I want a world where my gender is not my genre.

"I want a world where my gender is not my genre."

What was your favorite moment from All Things Go?

My favorite moment was having a beer with Lizzy at the end of the fest and watching everyone in the crowd dance and cry and be with each other. I'm so constantly inspired by the work she does to support other artists and I feel so grateful for our friendship. I kind of still can't believe we were able to pull this weekend off, but I feel so proud to have been a part of making this first step towards a more inclusive future.

Maggie Rogers and Lizzy Plapinger with All Things Go partners