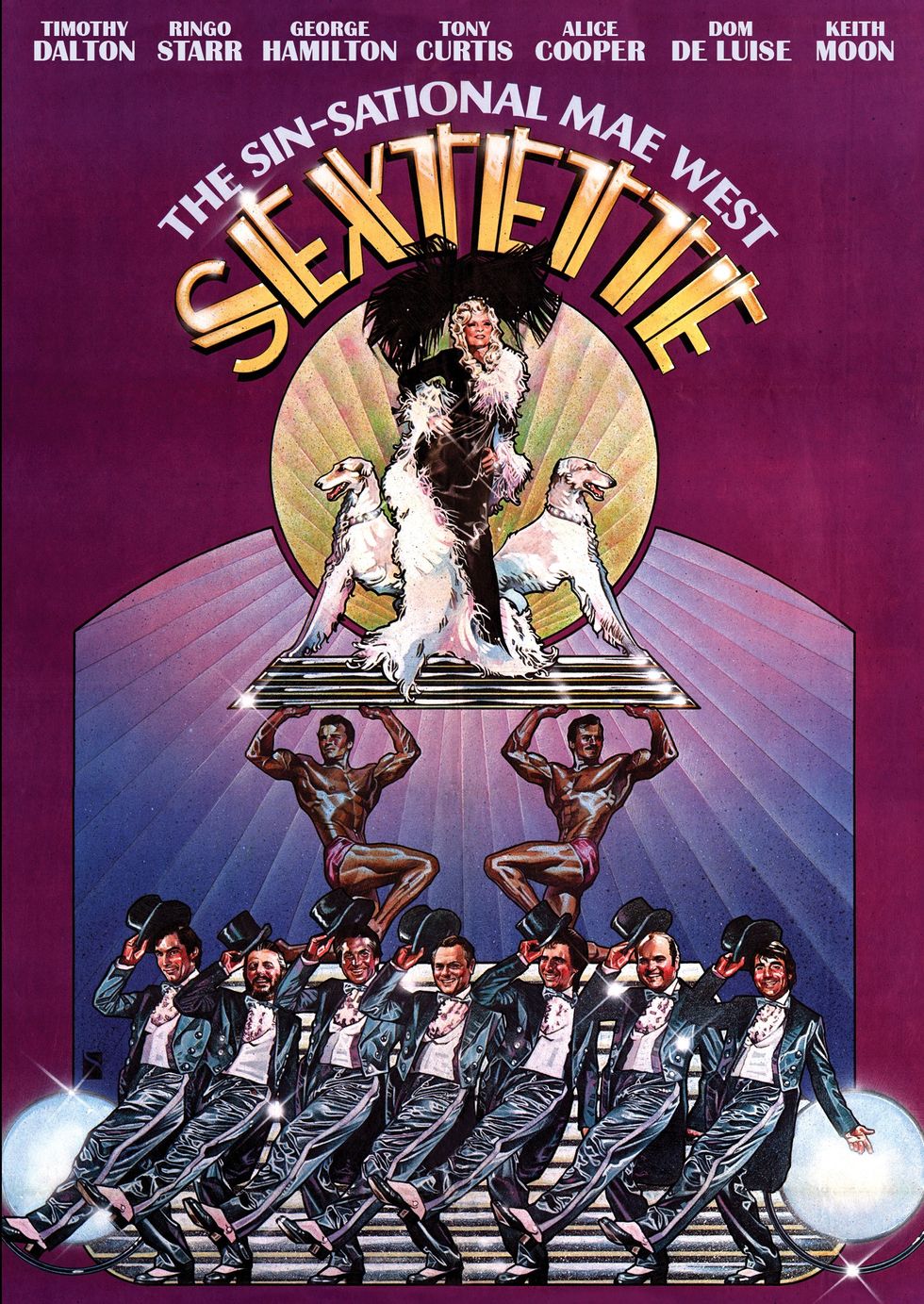 Out this week is Mae West's disastrous 1978 swan song, Sextette (Scorpion Releasing). Made when she was 87, this ghastly musical comedy starred West as the fabulous movie star Marlo Manners and Timothy Dalton as her husband searching for a stolen tape of her memoirs. With Tony Curtis, Dom DeLuise, Ringo Starr, George Raft this hilarious mess was given horrible reviews when it opened. Vincent Canby of the NY Times said Mae looked "like a plump sheep that's been stood on its hind legs." When I managed a movie theater I watched in glee as theatergoers stumbled shell-shocked out of the cinema. It's a little like watching your grandmother at a gang bang, but so gloriously bad you need to see it over and over again. And I'm proud to have done the liner notes for this widescreen DVD release of this crap classic.

Meet the Beatles: 50 Years After