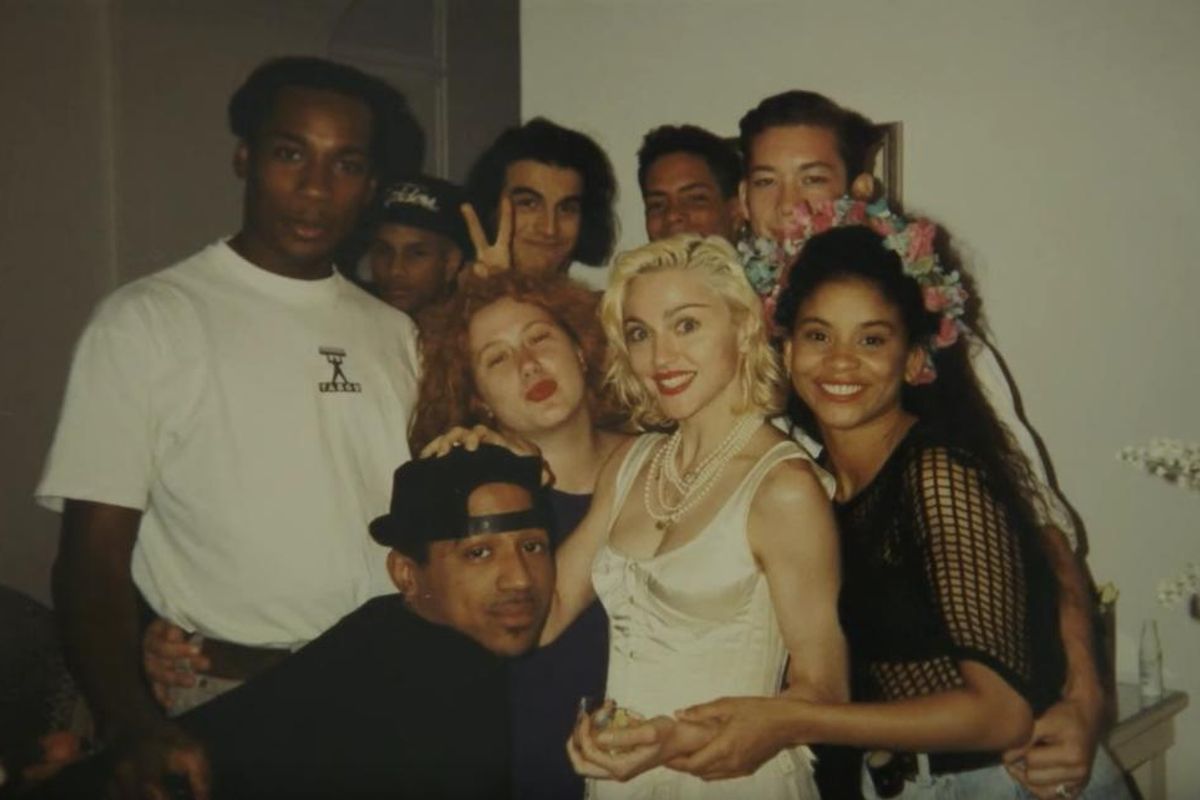 The Oscar winning documentary 20 Feet From Stardom zeroed in on performers who almost attained fame and fortune, but found that it somehow eluded them, to bittersweet effect. A different twist is taken by Ester Gould and Reijer Zwaan's Strike A Pose, which focuses on male dancers who actually grabbed the gold, achieved world notoriety, and then fell by the wayside like broken figurines.

Dancers for Madonna's 1990 Truth or Dare tour (six gay, one straight) are touchingly portrayed as young hopefuls drawn to an incredibly exciting gig, as well as to a glittery superstar who acted as a sort of mother figure to them, full of sass and wisdom. But while Madge was a lightning rod for gay issues and proved to be a blithe advocate for gay and HIV issues, the guys were not so uncomplicated. Several developed AIDS (one died from it) and at least one was desperate to keep that hidden from the world, plus one dancer was not willing to be an openly gay advocate for anything. He begged Madonna not to include a scene of him French kissing another male dancer (as part of a "dare") in her Truth or Dare documentary, but she felt it was a simple expression of who he was and he shouldn't be ashamed of that. Ironically, the "Express Yourself" singer became the Mother Goose for young gays who weren't always able or willing to do so, which resulted in at least one acrimonious lawsuit.

As Madonna wrote to one of them on a Christmas gift, "Grab life by the balls and don't let go." But for the dancers, it wasn't so easy. Once the tour ended and celebrity eluded them, they fell into a pit of hollow despair, missing the star they naively thought would be a close relation forever and losing the sense of purpose that being part of such a powerhouse tour had given them.

As they coped with the ups and downs of fame, one dancer -- Luis Camacho -- stepped out from behind the singer and did a solo record, while another states, "I walked around like my shit didn't stink. I'm not gonna lie."

Along came partying, drugs, and further attempts to bury their identities, but what stayed were the love, bonding, and memories. The film climaxes with a staged reunion of the dancers -- complete with an unsuccessful round of "Truth or Dare" -- which proves to be a sentimental wallow, though the guys' tears are well-earned as they congratulate themselves on what they accomplished, while acknowledging that they miss Madonna, who, in truth, "doesn't owe us anything." The surviving dancers—as well as the casualty—come off personable and full of textures as they dance for honesty (Madonna's tour urged condom use, for one thing), while struggling with personal issues about the very same thing. By the end of the film, they're no longer striking any poses—they're being more realistic versions of themselves and realizing they should chill and just be comfortable with that. They've learned that fame and friendship may be fleeting, but loving yourself—if you can locate that feeling—lasts a lifetime.