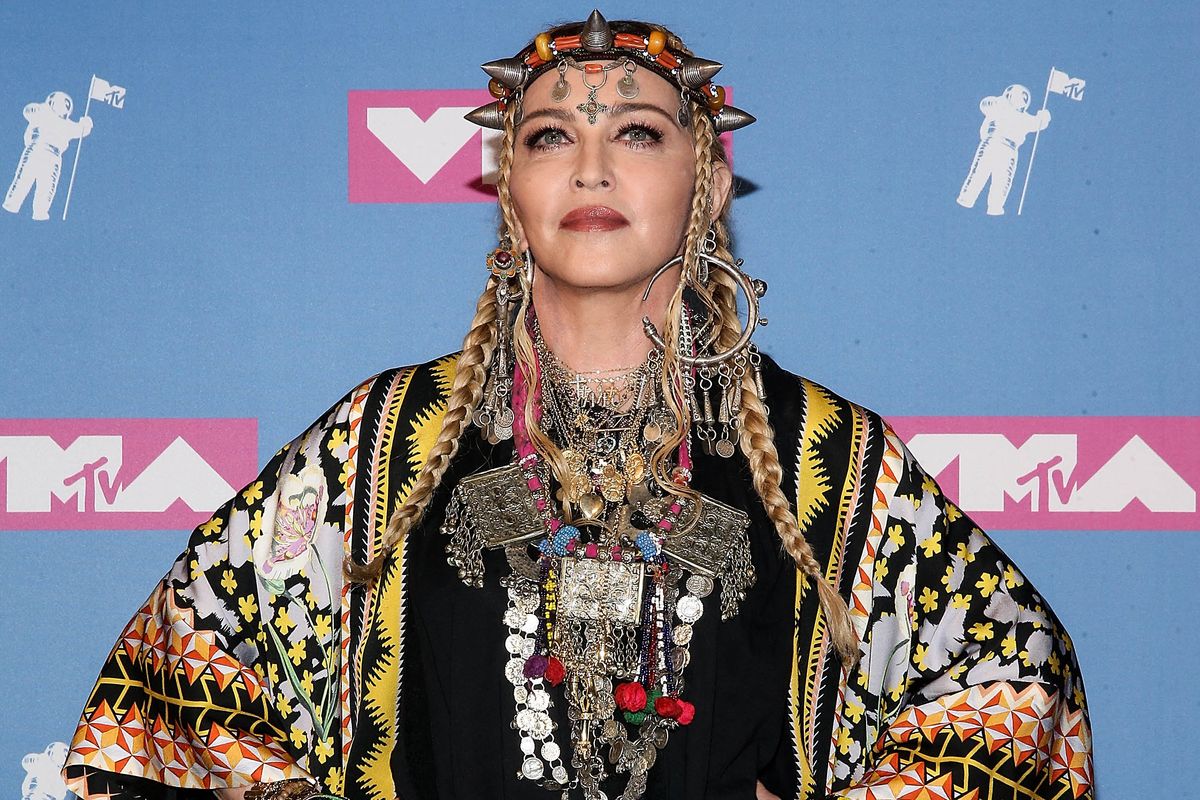 Noted heterosexual queer icon Madonna passed up countless invites to extravagant New Year's Eve parties this year, to head downtown and celebrate the dawn of 2019 with her most loyal fans, at gay bar and historical landmark The Stonewall Inn.

Though the performance was a surprise, Variety reports that Madonna has been named ambassador for the celebrations of the 50th anniversary of 1969's Stonewall riots. Madonna's performance was the first of the Stonewall50 events, which will also include a rally on June 28 and commemoration throughout PRIDE month.

On the tiny stage, in her leather and spectacles, Madge looked a bit like a village poet at an open mic as she offered words of New Years Eve advice, before performing "Like A Prayer" and a cover of "Can't Help Falling In Love" accompanied by her 13-year-old son, David Banda on acoustic guitar.

"If we truly look and we truly take the time to get to know one another, we would find that we all bleed the same color" she said, continuing, "and we all need to love and be loved."

She went on, suggesting "In this new year, let's commit to disarming people with unexpected acts of kindness. Let's be counterintuitive, share what you know with someone you don't agree with, try it, get outside your comfort zone. Let's try to be more forgiving, maybe we will find an opening to let the light come in. Let's close up the distance between one human being and another."

The crowd of course, sang along to every word as she launched into "A Little Prayer."

Though it's notably not the point, since the footage made it online, the Internet has been weighing in on another surprise of the night: Madonna's booty, which looked... different! The Shade Room was the first to point out that it appears the Queen of Pop has been doing her squats. Some fans have other theories.

Check out Madonna's speech and performance below, and see for yourself: