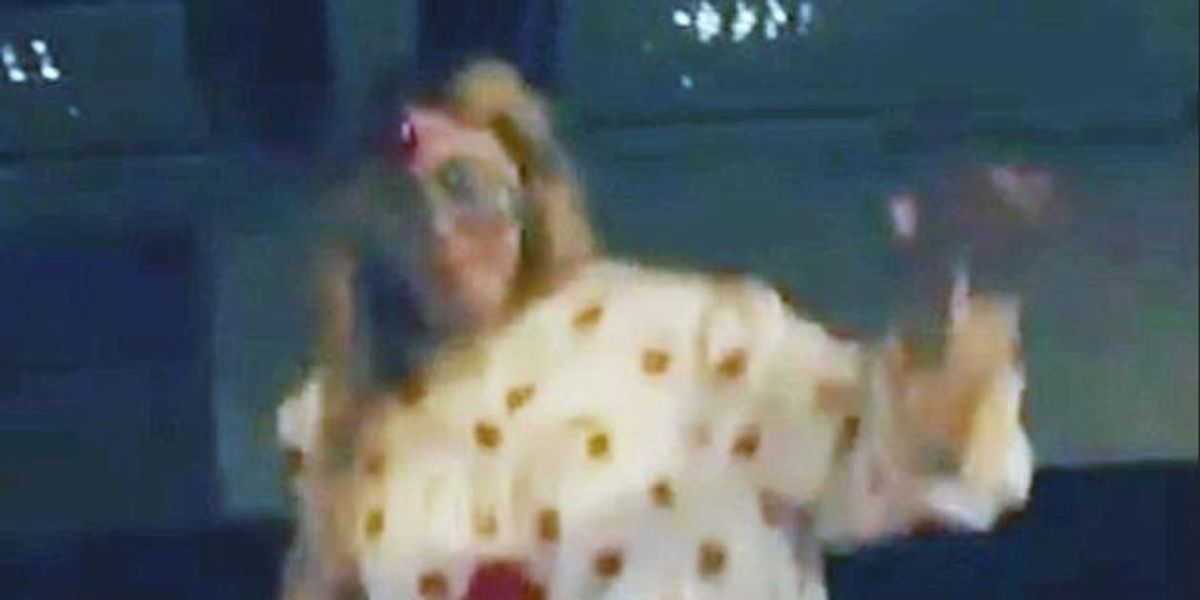 Madonna Dresses As A Clown, Posts A Face-Sitting Photo On Her Instagram

For those of you not in the loop, Madonna is currently in the midst of a bitter custody battle with ex-husband Guy Ritchie, namely over the future of their 15-year-old son Rocco -- and it's been getting pretty ugly, with a whole host of unnecessary media speculation adding to the stress of an already emotionally-turbulent time. However, Madge is taking to her gargantuan, 6.3 million Instagram following to defend herself (yet again). Because working women can be good mothers, even if their careers sometimes involve appearing in fetishwear. Surprise!

Madonna on Instagram: “Knowledge is Power 📚. This is Art! By Harukama Namio Japanese illustrator. One of my favorites. It has nothing to do with my ability to be.…”

Posting a photo of an illustration by Japanese artist Harukama Namio, whose work centers around female domination (hell yeah, face-sitting), the mother of four wrote that the piece was one of her favorites -- drawing a parallel between the drawing and her own work, which has been criticized by too "embarrassing" and inappropriate for a mother.

"It has nothing to do with my ability to be. A Good parent," she wrote in the accompanying caption. "get off my account judgmental ignorant sexist literal un educated uncultured women hating idiots with no sense of irony or humour."

She then followed up the post a few hours later with a new video of herself dancing in facepaint and an oversized clown outfit, captioning it "Tears of a Clown" -- which some have speculated is a reference to her current struggle, in which she has to continue performing with a brave face on her international Rebel Heart tour despite her emotional personal drama. A bid for empathy, perhaps?

And, of course, people are still being rude AF in the comments.