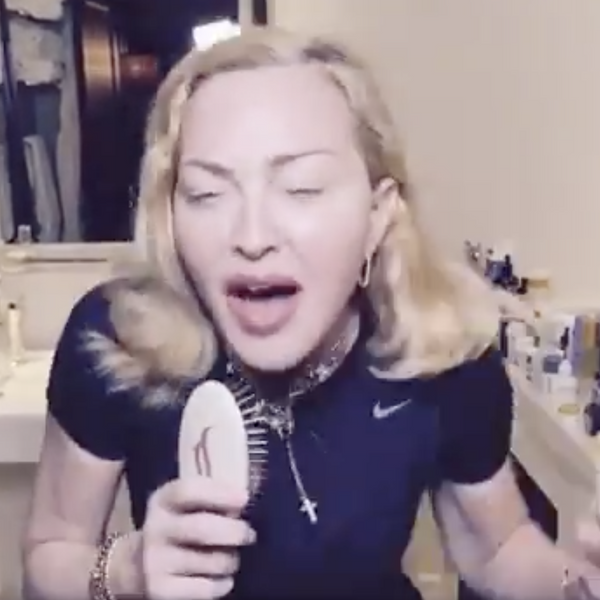 If you get bored in quarantine, have already played through your entire discography of hits and have no new music to share — what else are you supposed to do but parody your own songs? In the words of Madonna, "C'mon, go! Let's go eat some fried fish."

Yup, we're officially at that point of our indefinite #StayTheFuckHome era where pop stars are performing for us live from their mansions, ranches and luxury apartments. While the Material Girl herself might not have been the first celeb to give us an acoustic rendition of a song to help pass the quarantine time due to the outbreak of COVID-19, she's certainly doing it better than the rest.

No one really knows exactly why the songstress chose to remix her most iconic song off of I'm Breathless, "Vogue," into a song about fried fish. Perhaps the answer can be found within the parody's lyrics; she notes that there is "no more pasta," while she riffs into a white hairbrush. Regardless, Madonna is providing a bit of much needed comic relief to her Twitter fans during such an uncertain time.

It's also worth noting that in the background of the video in her bathroom mirror you can see that Madonna isn't playing around with her quarantine camera crew. An unknown camera man is filming her with a massive device and box light attached to the whole set-up. Then again, did we expect anything less from the ultimate queen of pop?