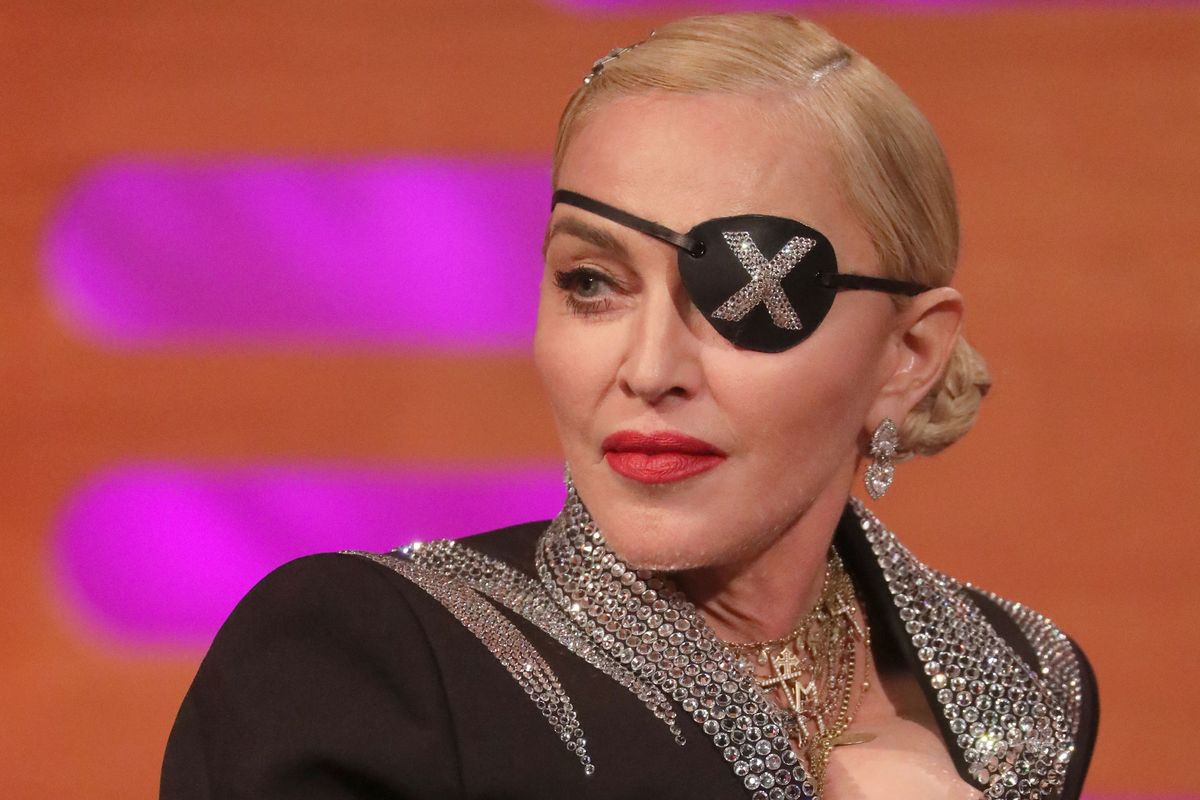 Madonna's Working on a Screenplay

It's been a while since Madonna's worked on a full feature film. She last directed, produced, and wrote for 2011 film W.E., but it looks like Madge is feeling inspired during the pandemic.

On Friday, she teased fans by posting a video to Instagram, with the caption, "When you're stuck in a house with multiple injuries what do you do.? ...........Write a Screenplay with Diablo Cody about.............." The clip shows her and Academy Award-winning screenplay writer Diablo Cody — who wrote 2008 Best Original Screenplay Juno (2007) — sitting on a couch together with Diablo typing away on her laptop.

Related | Madonna's Coronavirus Diary Is Her Best Work in Years

And though there's it's not clear what their project is about, fans are theorizing that it might be a screenplay about Madonna's incredible career. Listening in on the video, it definitely has something to do with the pop star's Blond Ambition World Tour days.

You can hear Cody ask in the video, "The garters were over the suit bottoms, right?" Here, she's referring to a costume the artist wore in her legendary 1990 tour. "Yeah," Madonna replies. "Straight pin-striped pants sit beneath the corset, it's cut high-waisted on the leg, the garters come down here, cone bra zipped up the front and then the double-breasted suit coat goes over it."

After the creatively experimental Madame X, we can't wait to see what Madonna's got in store for fans.