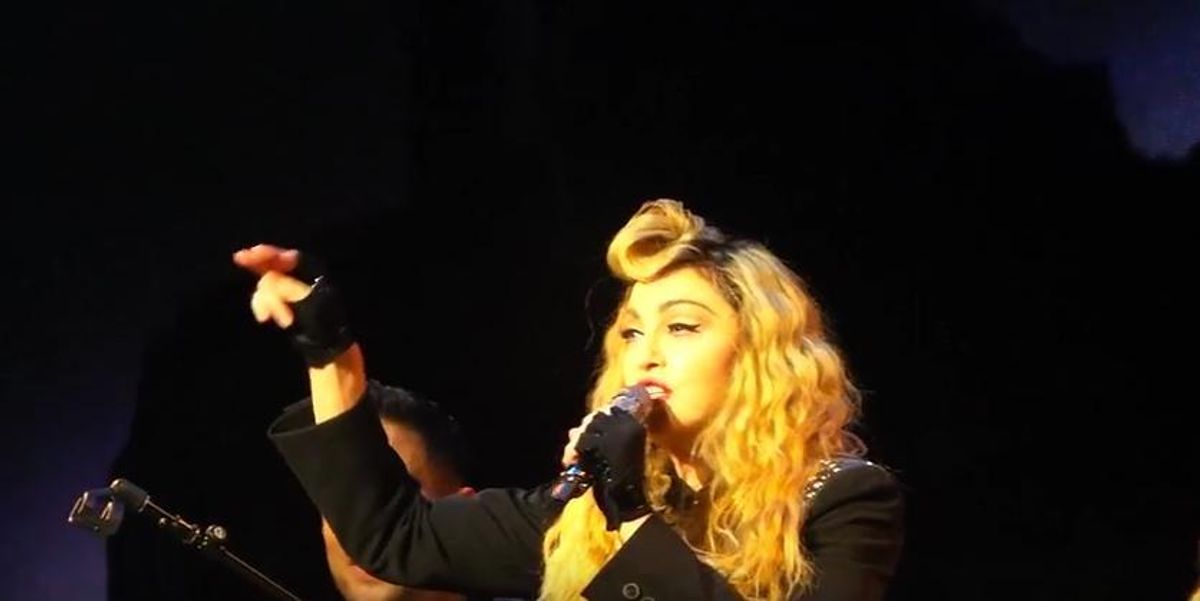 Watch Madonna Tell Her Fans To "Shut The Fuck Up"

Last night, Madonna, Empress of Serpents, Lord of Flesh, arrived late to the stage of her Rebel Heart concert in Manchester, UK, and was promptly booed by thousands of Madge devotees were none-too pleased about her tardiness.

Well, the booing didn't faze Ms. Ciccone too, too much, but she did want to remind the thousands that, bitch, she is Madonna.

"I don't like being late," Madonna said during a set break. "And all you bitches who keep complaining about it can shut the fuck up."

She went on to explain herself:

"I was back there eating chocolates, getting my nails filed, and getting hair extensions. Our video crashed, and our backup file was compromised. So we had to reboot it, and wait, and that is why we're late; no selfish, diva-bitch reason."

Just last week, Madonna was accused by fans of using fake police LED lights on her car to skim through London traffic after her concert.


Madonna is the only person in the world who could tell 10,000 people who paid hundreds of dollars to see her to "shut the fuck up," and have them want her to say to them repeatedly.

That is when you know you're an icon.