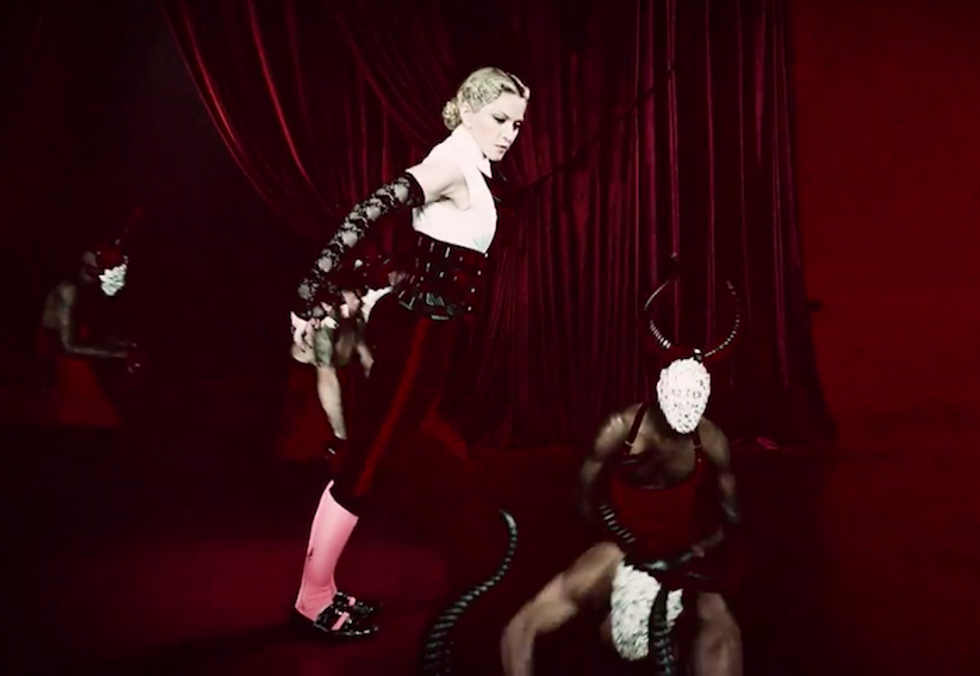 Madonna Just Premiered Her "Living For Love" Video On Snapchat

by Katy Turner
PAPERMAG
This afternoon we watched a troop of break-dancing minotaurs weave around a sequined bullfighter-esque Madonna and fortunately so can you -- for only 24 hours. The 56-year-old pop star premiered the music video for her new song "Living For Love" on Snapchat's weird, long form video section, "Discover," and is the first artist to do so. The track is the first single off Madonna's new album, Rebel Heart, which has already been leaked twice but will come out for real on March 10. As snarky tech site Enadget put it, "by premiering her new video for 'Living for Love' on Snapchat, she 's telling that audience to consume her much the way they do when they get a 10-second glimpse of a wang." Eh, sounds about right.