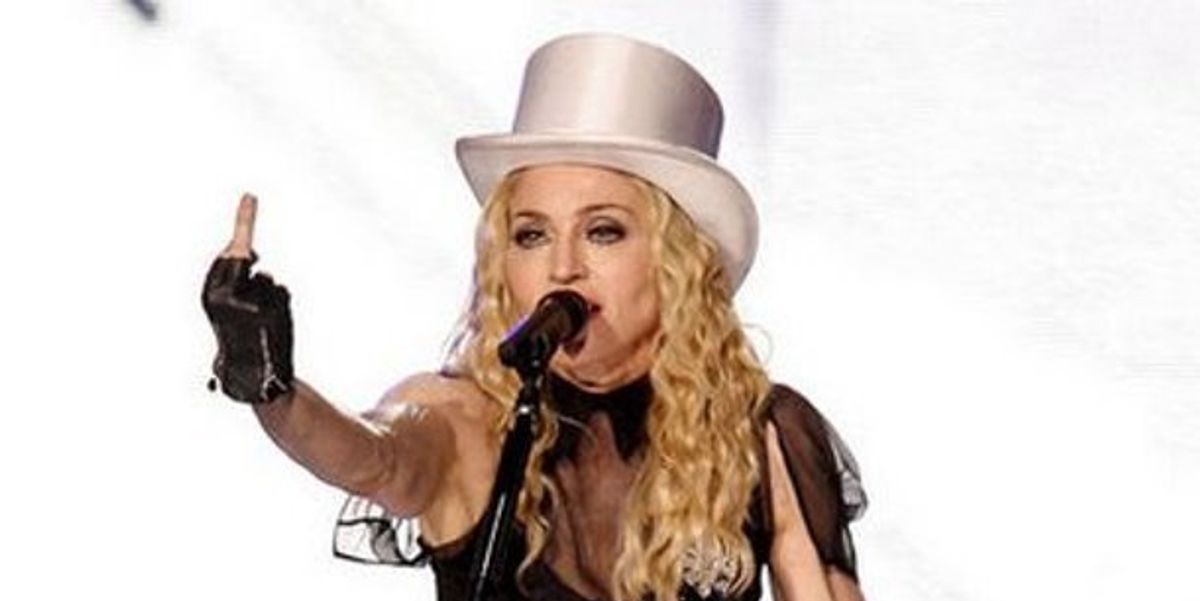 We all know Queen of Pop, and occasional sad clown, Madonna, has no problem feigning authority to disperse the peons (us).

Now, the city of New York is coming down on one of its most famous success stories, for using another form of false power.

Madonna's cronies apparently manufactured some fake "No Parking" signs in front of some pristine parking spots outside her $40 million Upper East Side abode; the spots were, of course, marked out with yellow.

Obviously, that didn't sit well with Ms. Ciccone's money wad neighbors, who promptly contacted the city's Department of Transportation--the signs have to be removed immediately.

TMZ says one of the neighbors asked a Madge henchmen just what the hell he was doing while he put the faux-signs up.

His response? "We know the right people."