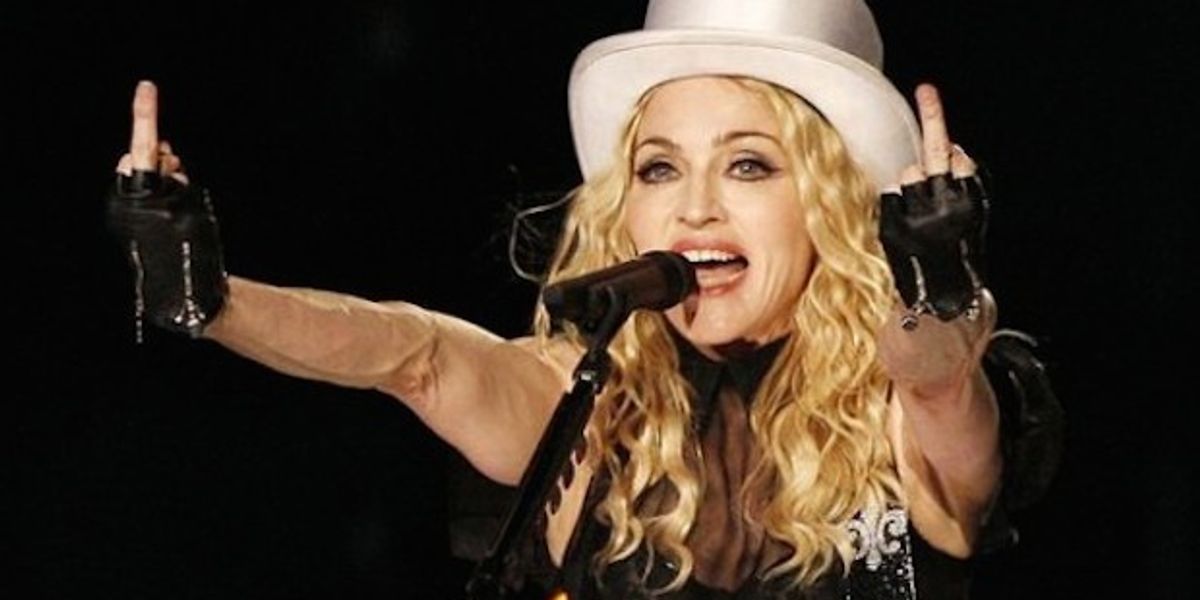 Mother Madge is currently under the florescent light of the Internet interrogation room, after fans have accused the 57-year-old Queen of Pop of using fake LED police lights on her chauffeur's car to cut through heavy London traffic this past Wedensday.

Ms. Ciccione was apparently trying to make the trek to her West London home from the famed O2 venue, where she had just performed the London leg of her Rebel Heart tour, as easy as cake.

Witnesses relayed the ridiculous scene to The Sun:

Nobody was moving, then all of a sudden there's this huge commotion and I saw flashing lights and heard a horn beeping. Then I saw a car and we figured it was an undercover cop. It was beeping so all the traffic let it through.

Some drivers were really annoyed. Then I looked into the car and saw Madonna. She's being driven out with a flashing light sat on the dashboard.

According to the Daily Mail, British laws view this use of bogus LED as a criminal offense, with a punishment of up to six months in prison.

Imagine Madonna splayed out in the backseat of her Escalade with sunglasses on, exasperatedly demanding her driver to "Just DO IT," after he hesitated to put the LED below the windshield.

Pretty confident Madge will be able to dodge time in the clink, but she really does deserve to be commended for such a ghoulishly bold display of entitlement.

This isn't the first time Madonna has maneuvered around the civilian thing; in 2010, after a historic snowstorm shut down all airports across western Europe, the icon enraged passengers of a sedentary plane on the Heathrow tarmac after she allegedly was allowed off two hours before everyone else.

Even worse, the singer was apparently practicing Asana Yoga in the plane aisle during the wait.