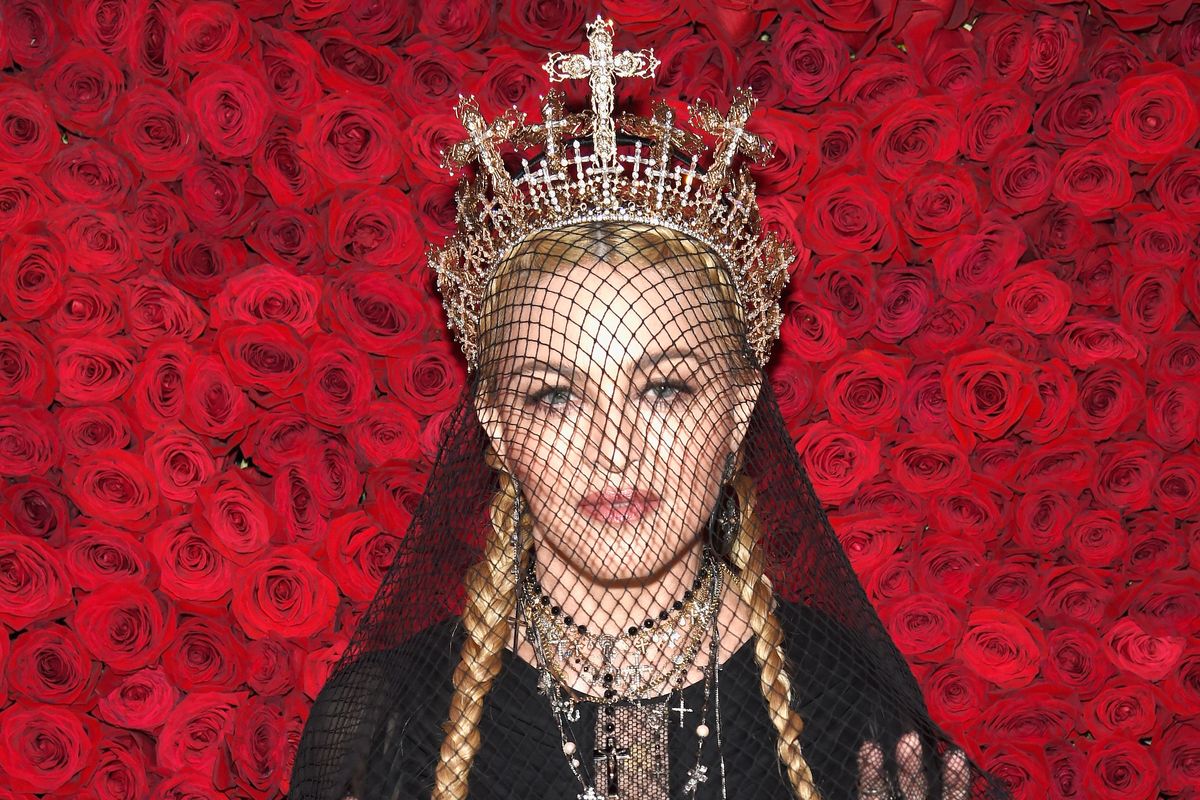 Madonna Does Not Care What You Think About Her Butt

Rumors that Madonna had gotten herself some butt implants for Christmas went viral after footage of her New Year's Eve performance at Stonewall Inn, where she performed in celebration of the 50th anniversary of the Stonewall Riots, went up online, showing her black jean-clad booty looking... different than we had seen it before.

And we have seen it before.

I am not very well informed on the subject of things one can do to update their butts, but it seems pretty clear that something happened there (rumors have included plastic surgery, a butt pad, squats and more). What I am sure of however, is that Madonna can do whatever she damn well pleases with her ass!

She feels the same way. The pop star responded to these rude and insignificant, if reasonable rumors on Instagram today, in her charming style of Capitalizing Every Word, as if she's writing a headline or a political slogan, which this time, maybe she has:

Desperately Seeking No Ones Approval should be a big 2019 energy for us all! Go forth, with Madonna's blessing and do whatever ya damn like with your asses, "should" be damned.