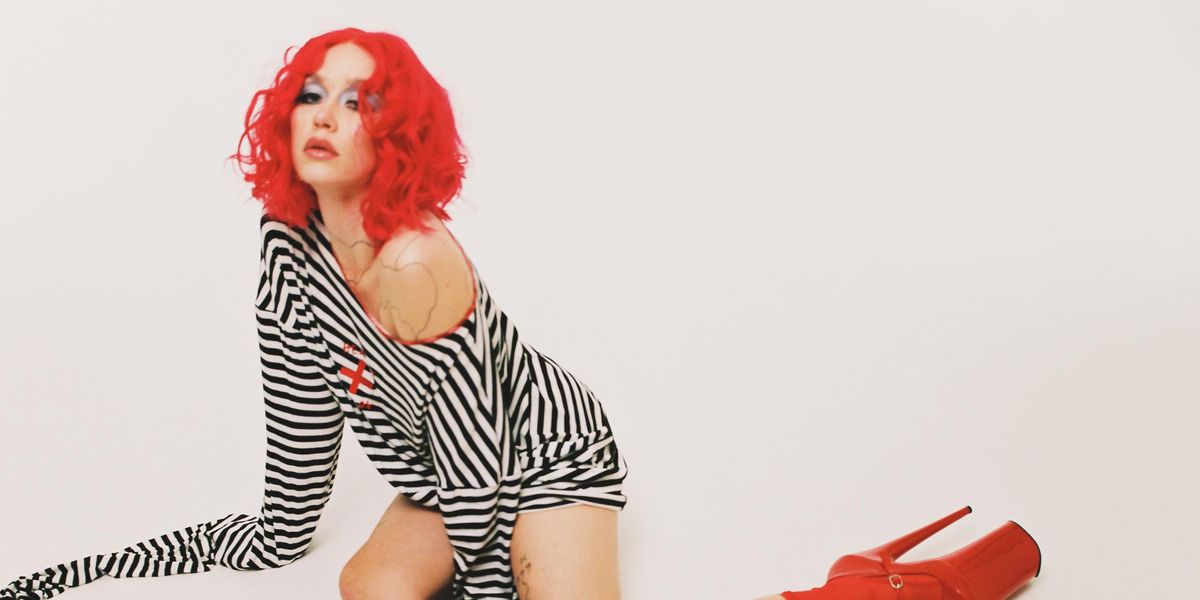 Los Angeles' post-pop artist Madge recorded their latest release, "Whatify," from inside a living room closet that doubled as a vocal booth. "I spoke stream-of-consciousness lyrics over a simple beat starter created by my good friends Mr. Tape," Madge says. "I've never written a song like this before and we all immediately knew it was something special."

The result is an "organic collab" that unloads a series of propositions over bouncing electronic. "What if I was an alien? What if I only rode a horse?" Madge asks. "What if you ate dinner for breakfast?" While it's normal for artists to draw greater messages from their lyrics — even the most random ones — Madge says this track has "no hidden meanings."

Their "Whatify" video follows this same format, tapping TikTok sensation Zack Jot to perform over a green screen with no requirements for how he should dance. "The moves you see in the video are actually all freestyle," he says. "When the videographer and I got to the studio, I just warmed up, turned on the song and did whatever came to me."

Typically, Jot says he relies a lot on choreography, but it felt more natural with the "infectious attitude" of "Whatify" to just trust his body. "I thought structuring the moves would take away from the raw energy of the track," he says, speaking to the playful, lo-fi visual that sees Madge bouncing in the corner as an "ego-maniacal god."

"I love dance and try to incorporate it regularly in my life," Madge says. "The way Zack moves is fluid and absurd, and if that doesn't encapsulate this track then I don't know what would. I think we are also on the same page [about] activism and the online community. I feel lucky he was willing to hop on — I'm a huge fan."

"Whatify" is the first release of 2021 for Madge, whose Ethanol (Multiverse, Vol. 2) EP came out last year. And it might be the beginning of an extended collaborative project with Nate Pyfer and Mason Porter of Mr. Tape. "It wasn't an active decision," Madge says of them joining forces, and they've "even thought about doing a whole EP together."