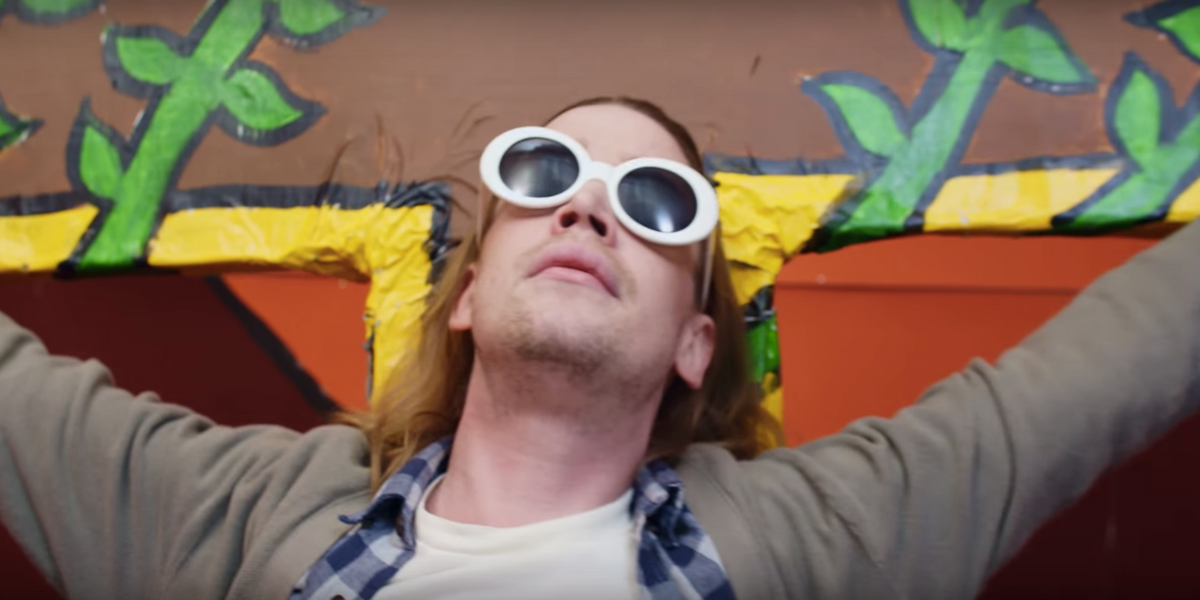 Father John Misty has released the latest video for his track "Total Entertainment Forever," and it's a doozy. Visually, conceptually, and dare I say, spiritually, there is a lot going on in this video, which ends with Macaulay Culkin in Kurt Cobain-style white sunglasses and cardigan being crucified alongside Bill Clinton and Jon Arbuckle from Garfield. Doth the white man troll us with his fantasies once again? We'd have to ask the talking papier-mâché Ronald McDonald thrusting forth from Father John's lower abdomen to get to the bottom of that one.

In the meantime, enjoy the kooky visuals and standout track below: