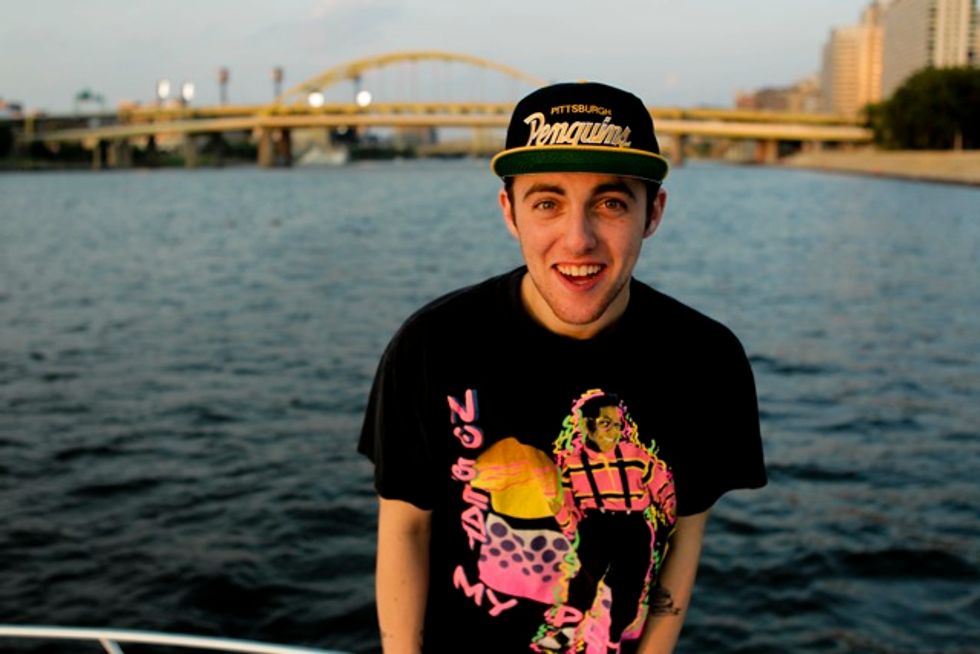 1. The David Wojnarowicz film, "A Fire in My Belly," will remain a part of the Brooklyn Museum's (200 Eastern Parkway, Brooklyn) "Hide/Seek" exhibit opening on November 18. Last year, the National Gallery in Washington pulled the film from the group show after complaints from the Catholic League and several Republican Congressmen.  The museum is also screening James Bidgood's classic Pink Narcissus on December 8, 7 p.m.

2. Pittsburgh rapper Mac Miller (pictured above)'s album Blue Side Park is expected to enter next week's album chart at #1.  If so, it will be the first indie-distributed LP to enter at the top since 1995. Watch his "Party on Fifth Ave." video and see if you know what song was sampled.  Speaking of samples, Rihanna uses The xx's "Intro" on her new album.

4. A Norwegian airline is re-thinking its ban on "in-cabin" cellos after an uproar from musicians.

6. The week-long celebration of the Universal Zulu Nation's 38th Anniversary continues tonight with "All Out War," featuring a B-Boy/B-Girl battle and jam at Gauchos Gym (478 Gerard Avenue, The Bronx, 7 p.m. to 2 a.m.).