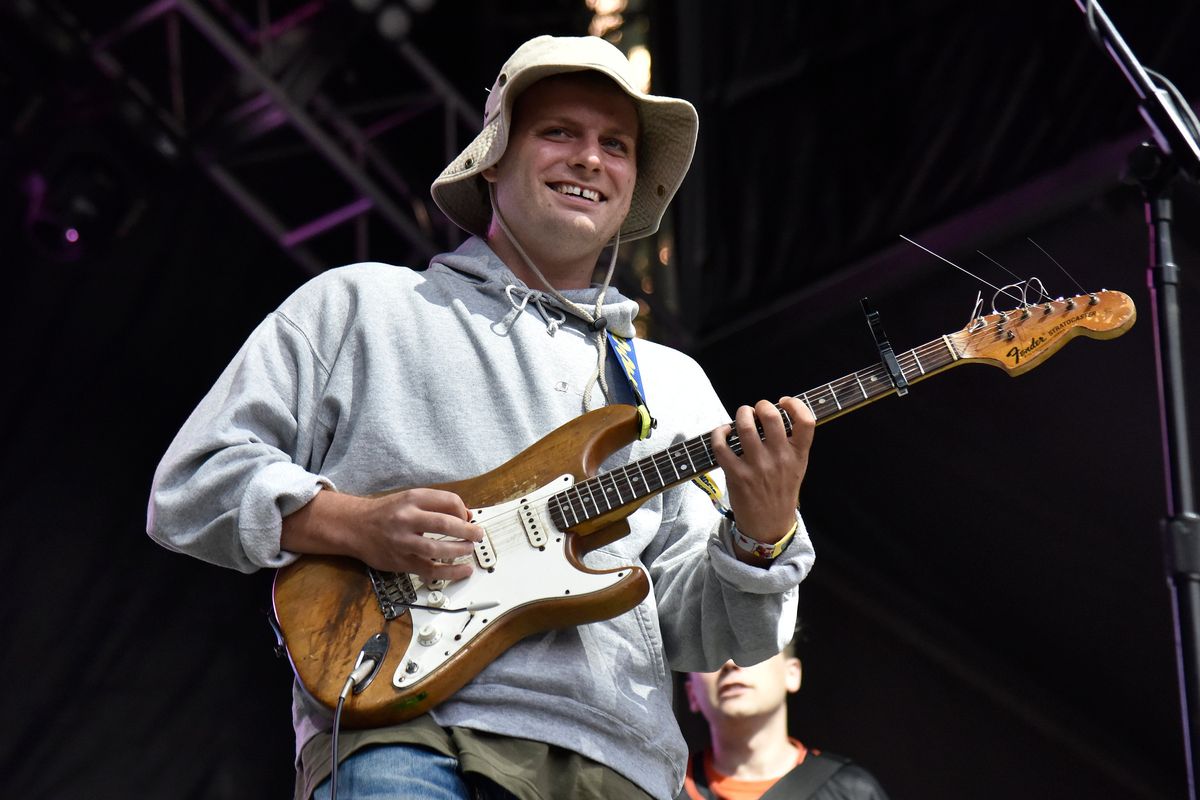 There is no doubt that yeehaw culture is fully having its moment right now. From Solange's stetson-studded visual album to the crossover appeal of recent Grammy winner, Kacey Musgraves, it seems like just about everybody is ready to slap on a pair of chaps and ride stoically off into the sunset. So it probably comes as no surprise that indie darling, Mac DeMarco, is back and hitching up his wagon to the yeehaw trend with his newly announced album, Here Comes the Cowboy.

"Cowboy is a term of endearment to me, I use it often when referring to people in my life," DeMarco explained in a statement announcing the new record. "Where I grew up, there are many people that sincerely wear cowboy hats and do cowboy activities. These aren't the people I'm referring to."

Out May 10th on DeMarco's newly formed label, Mac's Record Label, the musician also took the occasion to share the lead single off the album, "Nobody," which was accompanied by a video that stars a cigar-puffing lizard man that will almost certainly be visiting me in my nightmares for many weeks to come.

Many on the Internet were quick to point out that, lizard-man aside, DeMarco's new output bared an uncomfortable resemblance to Mitski's Be the Cowboy. Not only did the two albums share a similar title and yeehaw-ish vibe but it was also pointed out that the lead single off the Mitski album was also titled "Nobody." (Although if you play the two tracks side-by-side, that is basically where the similarities end).

A representative for DeMarco said that Mac had in fact never actually listened to Mitski's album and that he didn't learn of the song titles until after details for the release had been finalized. Squashing any potential beef that might have been brewing, Mitski addressed the issue in a tweet saying "I'm 100% sure mac & I just went fishing in the same part of the collective unconscious!" Mitski also pointed out the curious tidbit that DeMarco and she share the same PR agent, "I LOVE my personal conspiracy theory that she heard the album+track titles but kept quiet thinking maybe some Mac fans will mistakenly find me loll."