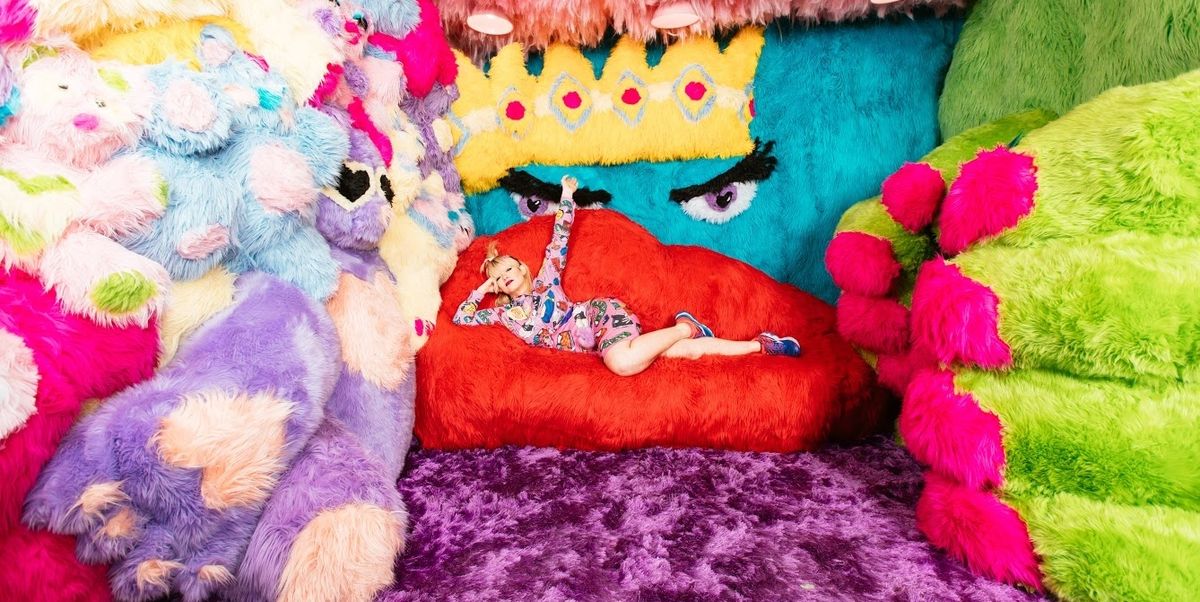 Related | A Night Off with Aminé


Rap sensation Aminé has more to offer than just catchy tunes. Out of the eight artists, he was chosen to interpret the lyrics to his own record, "Turf." The Portland-native created an installation to the lyrics: Innocent and young/Reckless and we dumb/Our heart is like our earth and memories the sun

Multimedia artist, Marina Fini's installation was inspired by Radiohead's "Creep." The neon colored, iMac laced, 90s-style bedroom is Fini's interpretation of the lyrics: But I'm a creep/I'm a weirdo/What the hell am I doing here?/I don't belong here

"Juicy" by Biggie was interpreted by Miami based multidisciplinary artist, Typoe. Typoe shares that the old school play on block letters are reminiscent of childhood. The strikingly bold sculpted lyrics read "IT WAS ALL A DREAM" followed by: I used to read Word Up Magazine/Salt N Pepa and Heavy D up in the limousine/Hanging pictures on my wall

Magnus Sodamin created a short film interpretation of Tame Impala's "Feels Like We Only Go Backwards." Sodamin tells Instagram that the video installation explores the polarities between the City of Miami and the Everglades: It feels like I only go backwards, baby/Every part of me says, "go ahead"

Photos Courtesy of Lyrics to Life