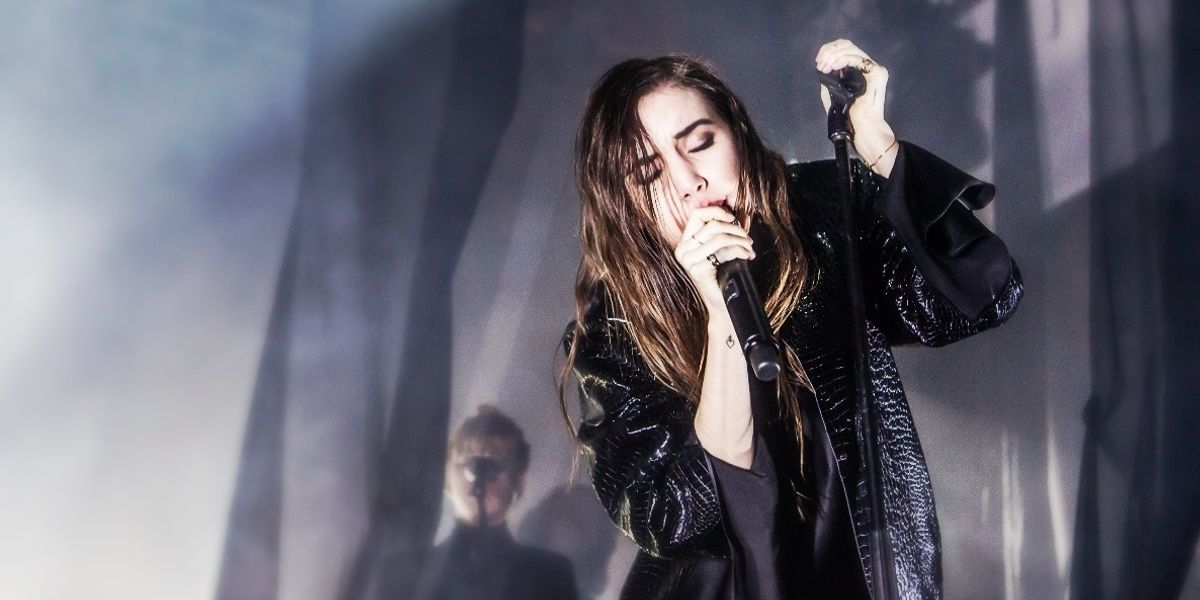 Based on the the two pairs of twin singles that Swedish indie-emo dream queen Lykke Li has revealed from her upcoming project so sad so sexy — out this Friday via RCA Records — we're in store for a mad ride and potentially an album of the summer.

so sad so sexy hints at both a transformation, and a culmination of the Lykke Li sound we've come to know and love: ever-surprising whimsicality, divine overflowing synths, playful beats, devastating lyricism, and the capacity to wring more depth out of the word "baby" than an old blues crooner.

On this run of singles, Lykke Li is leaning into the infectious pop sensibility that has always run in the veins of her music — subdued, but present on her minimalist 2008 breakout Youth Novels, more apparent on her upbeat 2011 Wounded Rhymes, and even on her 2014 gorgeous bummer of an album, I Never Learn.

The singer sheds her pastoral, twee folk and glittery disco threads, and the thunderous clouds of reverb that typically shroud her piercing vocals. With her alien shimmering semi-falsetto cleaner than ever, sailing over sharp trap beats, choppy, layered production, auto-tune flourishes, and grooving drum machines, we are hearing a sultry and confident Lykke Li, tinkering with hip-hop, pop and R&B to marvelous effect.

So, in celebration of Friday's release, which promises to be sad as ever, but her sexiest yet, here are five of our favorite Lykke Li tracks that show she's always known how to write a banger.

1. No Rest For The Wicked

On "No Rest For The Wicked," off her 2014 bruised and bloody heartbreak album, I Never Learn (which conjures a story of heartbreak so fleshy and full it was nearly violent to listen to), Lykke Li alternates a tsunami of cinematic bass-shattering synths, with delicate, cutesy vocals, trying to figure out if she or her lover is the villain.

Lykke Li's biggest hit to date (with over 125 million listens on Spotify) features a club-ready, gyrating, tribal beat that sonically mimics its name and hyper-catchy chorus (I, I follow / I follow you / deep sea baby) that I never don't have in my head. We can see the glimmers and potential for the so sad so sexy sound on this hyper-danceable track.

Arguably not a "banger" in the traditional sense, as it's four minutes of pure sonic agony, "Love Me Like I'm Not Made of Stone" has a simultaneous precision, and voice-cracking, slack-jawed, too-raw-from-the-heartbreak-to-annunciate intensity that, if we take Urban Dictionary at its word (a banger is "extremely tight" and "unbelievably awesome") could warrant the term. It just lacerates, rather than slaps.

This noisey, full-bodied, darkly provocative rock track off of Wounded Rhymes, "Get Some" is Lykke Li's "Maneater." She sings over and over again, "I'm your prostitute, you gon' get some" — on the surface, an almost comically blunt come-on, but something intimate and dangerous lurks behind her words. Here, we get a taste of Lykke Li's fascination with sadness and sex that so sad so sexy promises to explore.