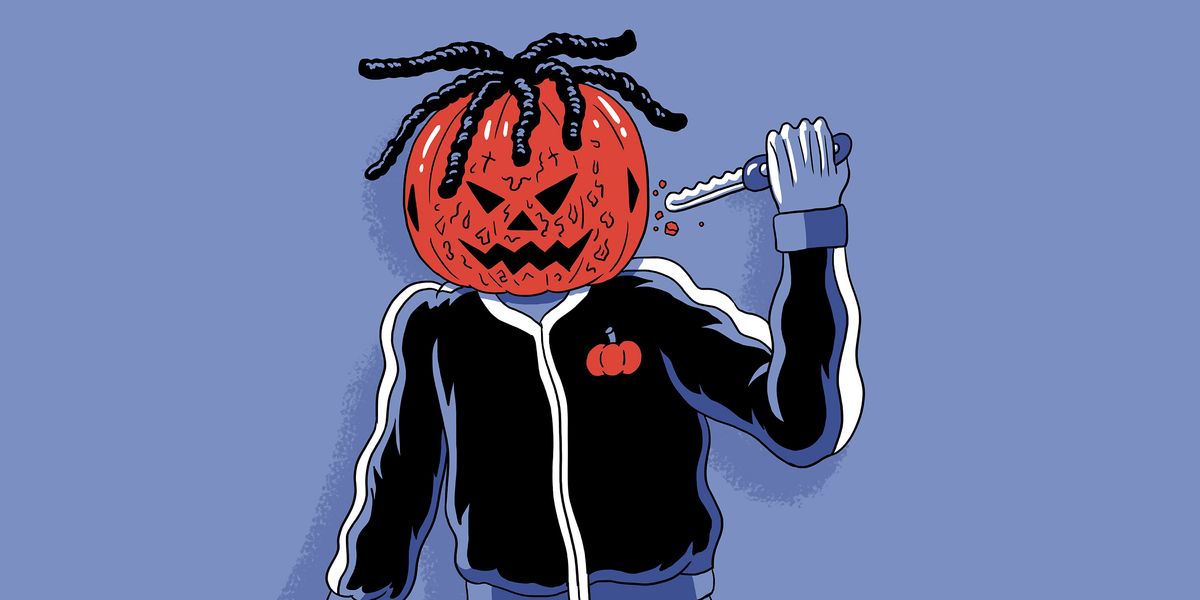 Halloween — like the holidays, but actually enjoyable — is the perfect occasion to inspire great music, especially this year as we continue down a bottomless vortex of darkness and doom. Much like Kim Petras celebrated the event with an album of horror-inspired pop tunes, a new "musical coven" called LVCRFT is joining a similar lane, backed by their collective repertoire of hits, Grammy wins and ghoulish ideas.

The group, pronounced "Lovecraft," was founded by Peter Wade, Evan Bogart and Amanda "MNDR" Warner, who have cumulatively been behind smash songs for artists like Beyoncé, Rihanna, Mariah Carey, Jennifer Lopez and Britney Spears. Together, the trio created and released The Sequel, a 15-track collection of original Halloween songs with titles like "Boneshaker" and "Psycho."

Fellow songwriting superstars are featured throughout the effort, from Uffie to Bonnie Mckee and Sarah Hudson. In true spooky spirit, they all appear under different nicknames: "Uffie the Vampire Slayer" for Uffie; "Evil McQueen" for Mckee; and "Olivia Demon Spawn" for Hudson, who notably co-wrote on Petras' Turn Off the Light (so she's clearly a Halloween anthem expert).

MNDR, who goes by "DeepKutz" in LVCRFT, tells PAPER that "every year as we climb into our creative crypt and craft our iconic horror masterpiece, I think of how sweet it is to pour a little salt and sugar into these deep cuts for the spooky season."

And Wade, performing as "Norma Crates," concludes, "We've been dying to spray you all down with our bloody good horror hits. The Sequel is like any great sequel of a horror dynasty: More blood, more guts, more sex and more spooktacular fun to soundtrack your horror needs.

Stream LVCRFT's The Sequel, below.