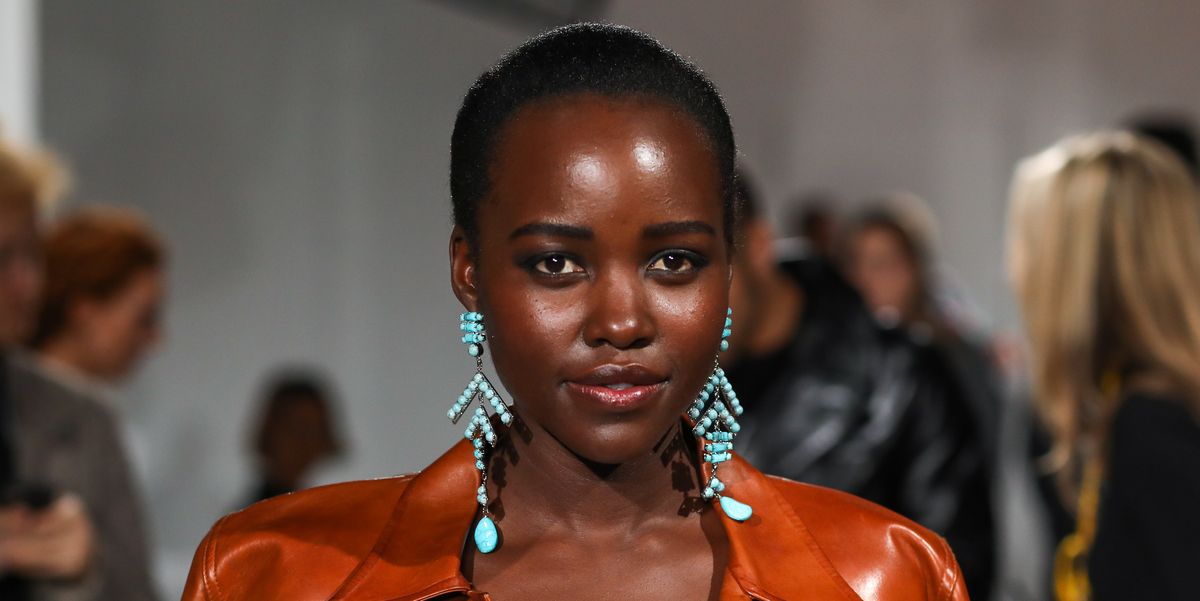 Lupita Nyong'o Calls Out Grazia Magazine for Photoshopping Her Hair

Last night, Lupita Nyong'o tweeted at British magazine Grazia U.K., saying that she disapproved of the publication's decision to photoshop her hair on its cover to "fit a more Eurocentric notion of what beautiful hair looks like."

Disappointed that @GraziaUK edited out & smoothed my hair to fit a more Eurocentric notion of what beautiful hair looks like. #dtmh pic.twitter.com/10UUScS7Xo
— Lupita Nyong'o (@Lupita_Nyongo) November 10, 2017

Nyong'o included both the magazine's cover, which shows her hair closely buzzed, and what seemed to be the original photos, in which she has longer hair pulled back in a ponytail. She also posted about the incident on Instagram, expressing her frustration and explaining why the magazine's edit was about more than simply changing her appearance:

"Had I been consulted, I would have explained that I cannot support or condone the omission of what is my native heritage with the intention that they appreciate that there is still a very long way to go to combat the unconscious prejudice against black women's complexion, hair style and texture."

As I have made clear so often in the past with every fiber of my being, I embrace my natural heritage and despite having grown up thinking light skin and straight, silky hair were the standards of beauty, I now know that my dark skin and kinky, coily hair are beautiful too. Being featured on the cover of a magazine fulfills me as it is an opportunity to show other dark, kinky-haired people, and particularly our children, that they are beautiful just the way they are. I am disappointed that @graziauk invited me to be on their cover and then edited out and smoothed my hair to fit their notion of what beautiful hair looks like. Had I been consulted, I would have explained that I cannot support or condone the omission of what is my native heritage with the intention that they appreciate that there is still a very long way to go to combat the unconscious prejudice against black women's complexion, hair style and texture. #dtmh
A post shared by Lupita Nyong'o (@lupitanyongo) on Nov 9, 2017 at 6:11pm PST

Grazia has now apologized "unreservedly," saying in a statement, "Grazia is committed to representing diversity throughout its pages and apologizes unreservedly to Lupita Nyong'o." However, the magazine said they would also "like to make clear" that no one on the staff asked the photographer "for Nyong'o's hair to be altered nor did we alter it ourselves." It is unclear, then, who edited the photo.

Less than a month ago, Solange had to call out The Evening Standard for photoshopping out a significant portion of her braided hairstyle with an Instagram referencing her famous Seat At the Table track, "Don't Touch My Hair."

dtmh @eveningstandardmagazine
A post shared by Solange (@saintrecords) on Oct 19, 2017 at 9:25am PDT

The magazine apologized, and the writer of the piece publicly disowned the work.

I am publicly disowning the Solange piece London Evening Standard published today. The entire piece was a fiasco despite my efforts.
— Angelica Jade (@angelicabastien) October 19, 2017

This appears to be a lesson that needs to be learned more than once before it sticks.