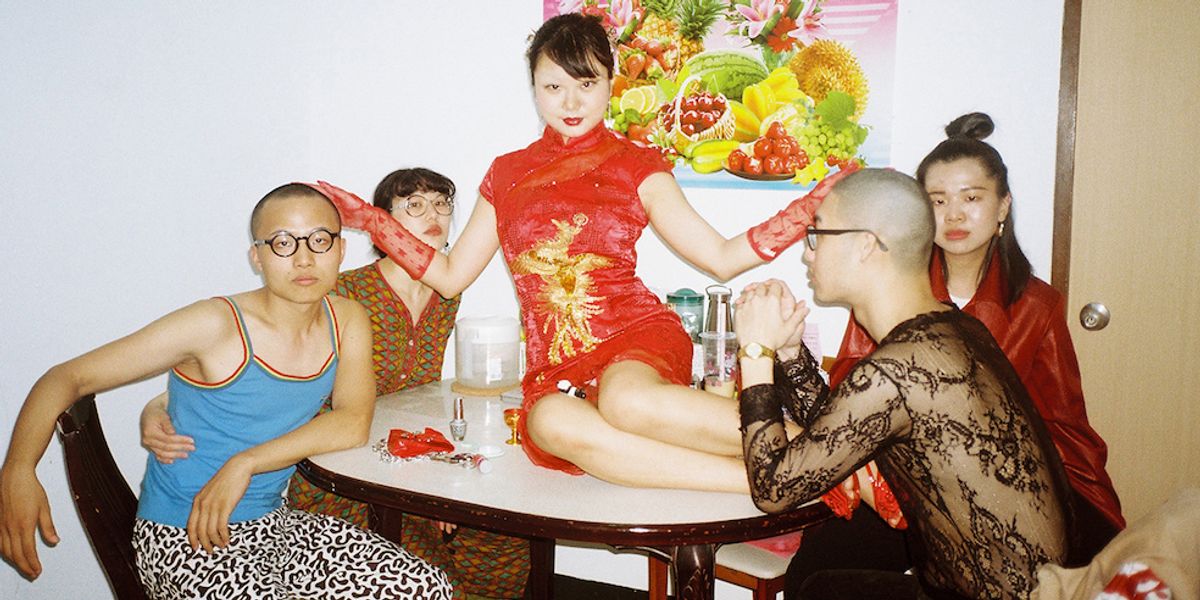 Since debuting her multi-city exhibition GIRLS late last year, acclaimed Chinese photographer Luo Yang has continued to capture poignant, youthful images of modern-day China. Through this, Yang is intent on showcasing what she calls a "new generation," the name of her latest project — a "collection of portraits of the generation born in the '90s" during a time "when China underwent enormous changes."

Those born in '90s China came after the student-and-youth-led Tiananmen Square protests of 1989, which advocated for the end of Communist Party corruption among other democratic reforms, including freedom of the press, of speech, and of association. After a month of demonstrations, proceedings became deadly on June 4 when the government enacted martial law, ultimately killing thousands of protesters.

The urban-dwelling generation that rose up from that tragedy, called the Post-'90s Generation, is often characterized as more realistic than their work-obsessed '80s predecessors. As a result, the Post-'90s youth were more autonomous, focusing less on workplace hierarchy and more on individuality. The rise of technology and economic opportunity afforded them the ability construct identities separate from what society taught them to privilege. Much like western Millennials, Post-'90s youth have been stereotyped as "lazy, promiscuous, confused, selfish, brain-damaged, and overall hopeless," according to a 2010 CNN report.

Yang's new series, similar to past works, celebrates the individuality of young, fluid Chinese people, choosing to express their identity while living in a society that prioritizes tradition and normative gender roles.

As Yang compiled New Generation, she noticed some of the biggest changes took place among her subjects who identified as boys or men. "As the society becomes more open, the boys are more self-aware," Yang told PAPER. "I think they become more fun as well. In the age of information explosion, they are able to synchronize with the [modern] world. Compared to the older generations, they are more international, more open, but also more impetuous. My creation is based on real life."

Speaking to the gender fluidity seen in Yang's subjects, she said "the young have a broader and more open attitude towards gender identity. I think it's a very good change, which suggests less stereotypes."