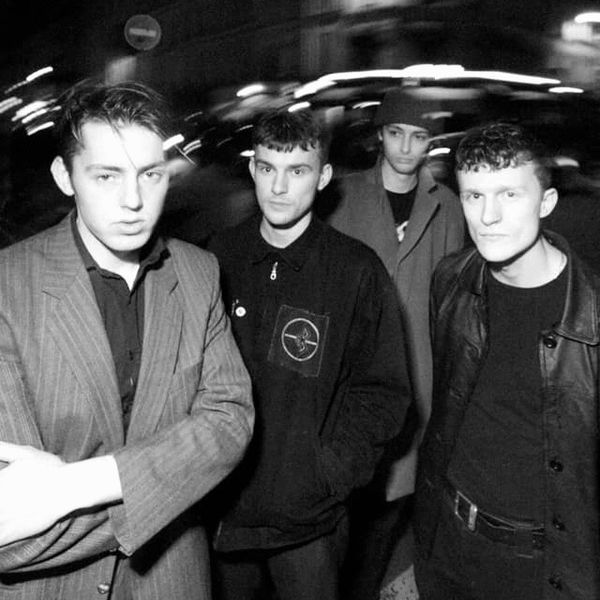 LUMER Pays Homage to Hedi Slimane With 'By Her Teeth'

When Hedi Slimane gets behind your band, it must mean you're doing something right. The creative director of Celine has long bridged his world of fashion with music, having dressed the likes of Courtney Love, Mark Ronson and Beck, and he's more recently helped launch the career of a rising post-punk quartet called LUMER. Their forthcoming EP, The Disappearing Act, is coming soon with a string of lauded singles to support.

Originally from Hull, Yorkshire, LUMER — Alex Evans (vocals), Ben Jackson (guitar), Thom Foster (bass) and Jacob Wardle (drums) — all started the project as a way to procrastinate through school, until Slimane included them in a photo series, Portrait of a Performer. This naturally garnered significant buzz for the band and their music, and launched a year of performances across the UK with some radio play.

LUMER's third single, "By Her Teeth," is originally a thundering rock track with grizzly guitars and Evans' expansive, hollering vocals that build into a heart-racing grand finale. Today, the group shares a new, acoustic version of the track and a video that pays homage to Slimane's simple, easy aesthetic.

"I think we have all wanted to go for that Bad Seeds-esque sound in the past and it gave us an excuse to try," Evans says of the skeletal update. "I was literally looking for any excuse to emulate Nick Cave, poorly I must admit."

For the accompanying visual, LUMER says they "really wanted to pull from the inspiration that we learned from Hedi. He really knows how to make simple gorgeous. This has really been captured in the way we dress, to how the film was shot, to the fact that we used the black and white to tell the story in a more dramatic way. We really wanted this video to be an homage to Hedi's work. We think this was really achieved and we hope Hedi will be proud."

Watch the PAPER premiere of "By Her Teeth (Alternate Version)," and stream LUMER's original, below.