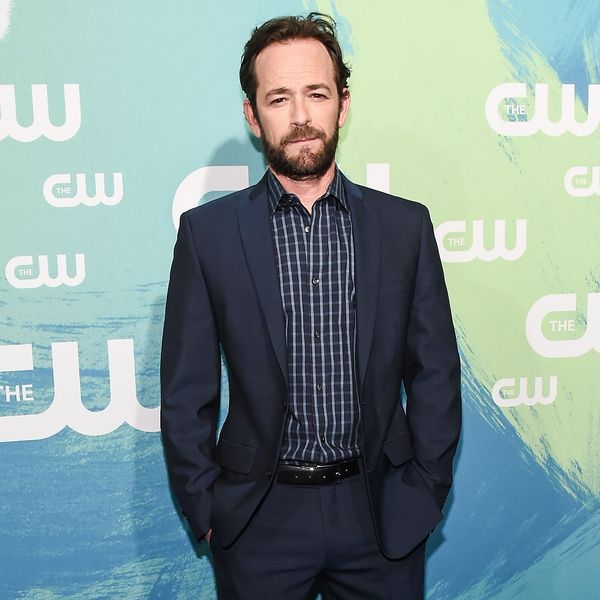 Riverdale and Beverly Hills, 90210 actor Luke Perry has died, his management team has confirmed. The 52-year-old never recovered from a severe stroke which saw him hospitalized and put under sedation late last week. Perry passed away surrounded by family and friends at St. Joseph's Hospital in Burbank on this morning, five days after paramedics were called to his home.

Perry, who bore an uncanny resemblance to James Dean, rose to fame as a quintessential teenage heartthrob on 90210. He stuck with the show for 10 seasons overall, playing bad boy (with a heart of gold) Dylan McKay. Perry maintained a movie and TV career after the iconic high school drama ended, and recently gained a new generation of teen fans playing Archie's dad Fred Andrews on Riverdale. He also has a role in Quentin Tarantino's upcoming Charles Manson movie Once Upon a Time in Hollywood.

Upon hearing news of Perry's death this morning, Riverdale shut down production for the day. "We are deeply saddened to learn today about the passing of Luke Perry. A beloved member of the Riverdale, Warner Bros. and CW family," the show's executive producers said in statement. "Luke was everything you would hope he would be: an incredibly caring, consummate professional with a giant heart, and a true friend to all."

Perry and his younger Riverdale cast mates are reportedly close; Cole Sprouse and Lili Reinhart have both publicly expressed wishes for his speedy recovery over the past week.

The actor is survived by two children, his ex-wife Minnie Sharp and fiancé Wendy Madison Bauer.