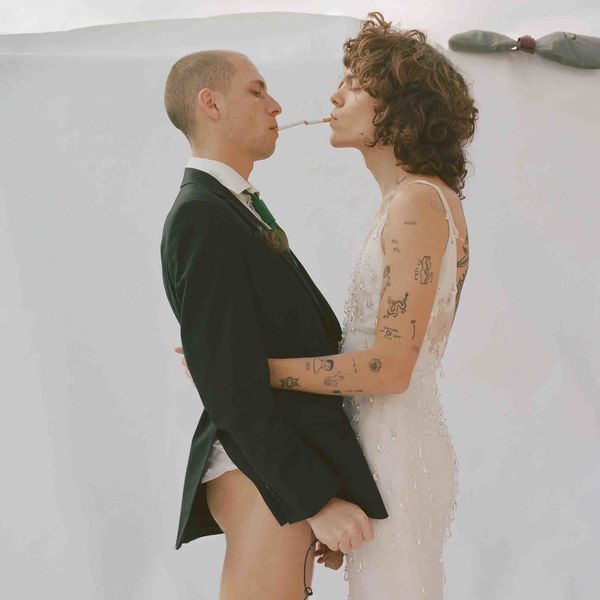 Two Photographers Capture the Magic of 'Falling in Love'

Photographers Luke Abby and Carlos Darder first met during the summer of 2019 on the sunny, tropical island of Mallorca, Spain. Naturally, they fell in love and a whirlwind romance ensued. Infatuated, they turned their cameras on one another to document the tender early days of their relationship which has now been compiled into the new book aptly titled, Falling in Love.

Shot over the course of six months, Falling in Love offers an intimate glimpse of Abby and Darder's early courtship. From frolics on the beach to mornings spent rolling around in the sheets, the series captures seemingly every moment whether or not it's something as mundane as a trip to the grocery store or as salacious as a full frontal nude. (It's worth mentioning up front that the series is very NSFW... NSFWFH?)

Related | 20 Artists Staring at Themselves

What comes across in each photo is the giddy infatuation Abby and Darder share for one another. Their love manifests in both subtle and overt ways whether its a creep shot of the other eating breakfast or a very vivid dick print straining against a pair of shorts. Falling in Love is by no means a new concept — budding romances have long been fodder for all manner of doe-eyed rom-coms, pop ballads and gushy love letters. It's a feeling most of us have experienced, but regardless of how many times we fall in love, each still manages to feel brand new.

What Abby and Darder capture in Falling in Love is this feverish excitement that comes with a new romance, a feeling of being the last two people on Earth and everything else melting away. "It was such a special time for us both," Abby recounts. "The book follows our real timeline, which we felt important to honestly depict the evolution of our relationship."