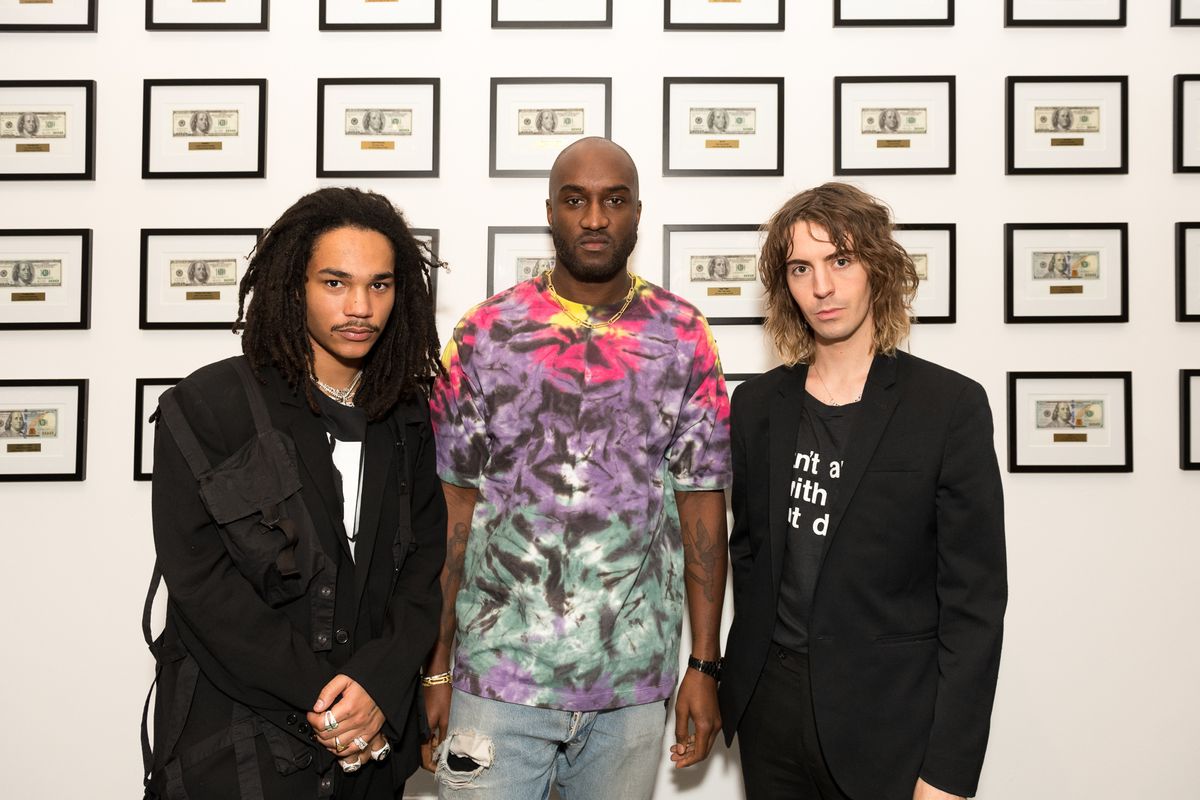 Art Basel, the annual bacchanal of mega yachts and rockstar artists converging on Miami for a week of rubbing elbows and shopping for anew piece to hang on the mantle, has progressively become more absurdly decadent in recent years. The seemingly endless influx of money that has been funneled into the art world has seen it practically grow into a parody of itself. No better dramatized than recently headline-making sale of work by British street artist, Banksy, that promptly self-shredded at the last bang of the gavel and counter-intuitively doubled in value.

With ridiculous amounts of money being thrown around it seems fitting that influencer Luka Sabbat and creative partner Noah Dillon would satirize this rampant consumerism in their new show, FREE MONEY. Under the joint pseudonym of Hot Mess, the duo filled a gallery with 300 framed $100 bills which were priced on a sliding scale determined by where they were sourced (i.e. a bill from a rural Kentucky county was listed at $14,000 while one from Chateau Marmont in LA was only $1).

Related | Luka Sabbat Welcomes Us to the Dojo

The show also featured video projections sourced from social media and a bespoke merch drop where patrons could get their receipt silk-screened on their t-shirt as the design. But probably the most talked about piece was an ATM situated in the center of the gallery that spat out actual free money.

Photo by Michaël Huard / Say Who

Sabbat and Dillon reported ran around the gallery handing out credit cards that could be redeemed at the ATM for a random amount of cash. Obviously gallery-goers got whipped up into a frenzy over the giveaway with Sabbat's father commenting that, "people were really freaking out."

With Sabbat's name attached to the whole affair, the show drew a big crowd with Chloë Sevigny and Virgil Abloh notably in attendance. It's hard to tell if the event was serious or one big troll, or if the distinction even matters. FREE MONEY manages to capture the true spirit of Art Basel and the cash grab that it has become.

Photo by Michaël Huard / Say Who