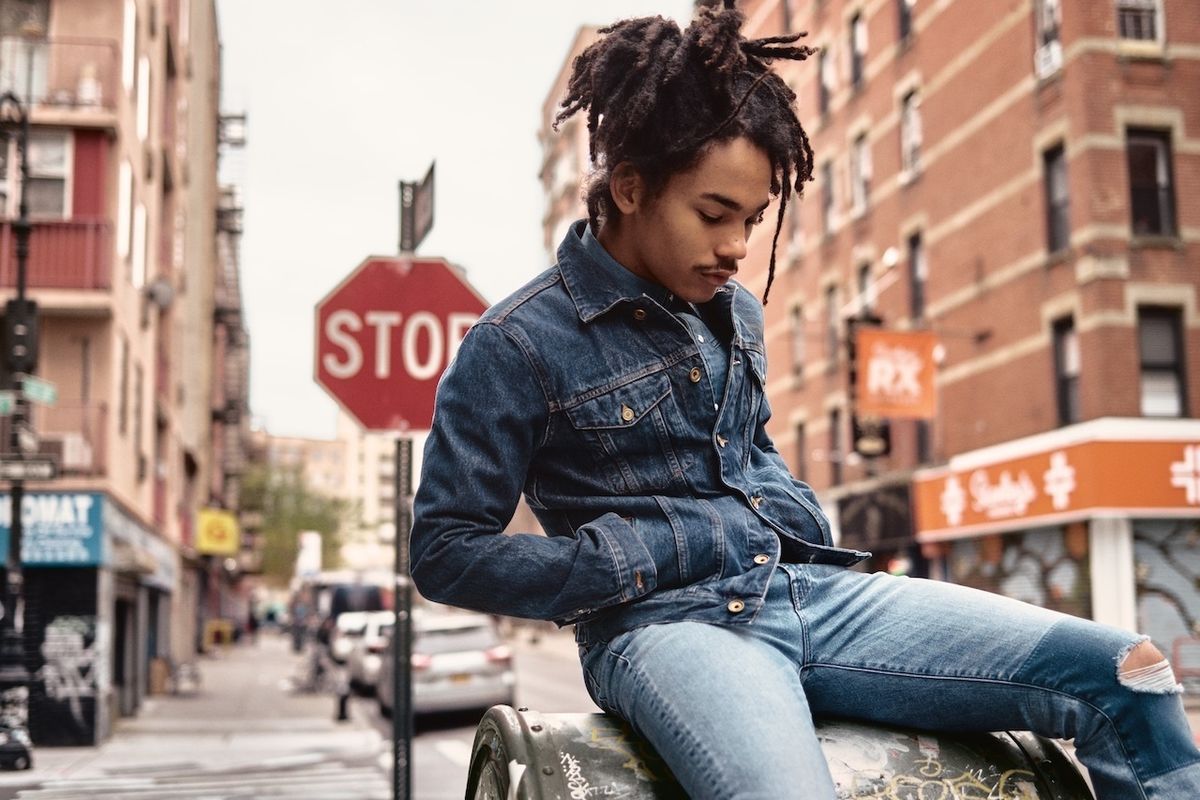 Luka Sabbat and the Spirit of Collaboration

Twenty-year-old Luka Sabbat is a modern Renaissance man in the making, with several years of modeling already under his belt and a burgeoning acting and photography career. Raised in New York City, Sabbat describes himself as a "young creative entrepreneur," which translates to him having his hand in a slew of projects at any given time. Currently, Sabbat is fresh off filming the first season of Grown-ish, a spinoff of ABC's Black-ish that follows Yara Shahidi's character as she navigates her first year of college (Sabbat plays her love interest).

"I went to acting school but I never pursued acting, so it's really been cool to use all the information that I learned in school in real life," Sabbat told us over the phone. During the call, he was walking through Opening Ceremony and later on the streets of downtown NYC, where he was regularly interrupted by passerby and friends trying to get his attention. The constant physical and vibrational energy of the city — where he was born and mostly raised, aside from some years in Paris — is what makes it feel like home to him. Much more than LA, with its driving-based isolation and requisite far-in-advance plan making, New York is the city where Sabbat feels at home.

"I like to walk out the crib and being able to do whatever I want," he said. "People [in LA] plan too many things. In New York you can walk out with no plan and figure it out. In LA you have to like, drive around and plan, 'Oh, let's do lunch at two. New York it's like, 'I'm hungry, let's go!'"

Sabbat's spirit of collaboration led him to work on a photo project called Hot Mess with photographer Noah Dillon. Working in collaboration with Milk, the creative duo released the project featuring street-cast models shot in locations around the world during New York Fashion Week last year. It's also what's driven his partnerships with brands like 7 For All Mankind, whose new "We Are Mankind" campaign he is currently one of the faces of. As a young model with a ton of social media clout and influence, Sabbat chooses the collaborations he's offered carefully and based on a few factors, which he spoke candidly about.

7 For All Mankind on Instagram: “Introducing the MANKIND Capsule Collection - an exclusive product line supporting @loveislouder, a project of the @jedfoundation dedicated…”

"It depends on a few things — one, if I like them. Two, the check, three, it depends what the brand stands for. Also I like to work with people I have relationships with. A lot of my friends have worked with Seven, and they're cool and trustworthy." Shot on Sabbat's native streets of New York by photography Billy Kidd, the campaign features 10 "global icons" who embody a creative spirit of self-expression.

In addition to the campaign, working on Hot Mess and looking forward to shooting the second season of Grown-ish, Sabbat is as busy as ever, trying to put together more gallery shows (including one in Japan) and creating an installation of sculpture projects. "Whatever I'm doing I just want to amplify and do everything on a bigger scale," he explains. "Like any busy millennial, he says he does "get burned out, to be fair. There's times I could go a week straight working, and then there will just be one or two days where I'm just like, so tired and I'm at meetings falling asleep." Staying grounded means not taking a day off for granted, and spending it exactly how Sabbat feels, whether that's "playing video games, or hanging out with my friends if they're around. Sometimes absolutely nothing. It's really up to what I want to do."

Photo Courtesy of 7 For All Mankind