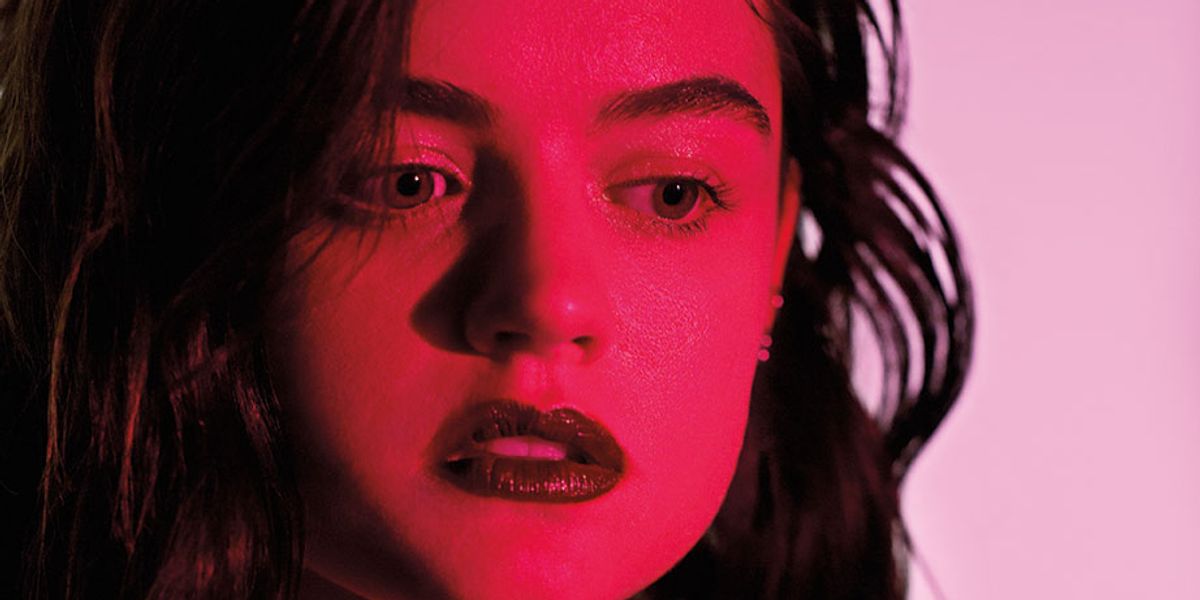 Lucy Hale Goes to the Dark Side

Lucy Hale is best known for starring in the ABC Family drama Pretty Little Liars and her country-pop smash album Road Between. Based on her squeaky-clean resume, you'd be forgiven for thinking that she doesn't have a wild side. But as this photo shoot proves, you couldn't be more wrong. In honor of our Fandemonium issue, dedicated to exploring what makes fans go crazy and photos and stories go viral and featuring Hale on one of four covers, PAPER talked to Hale about her Internet habits. 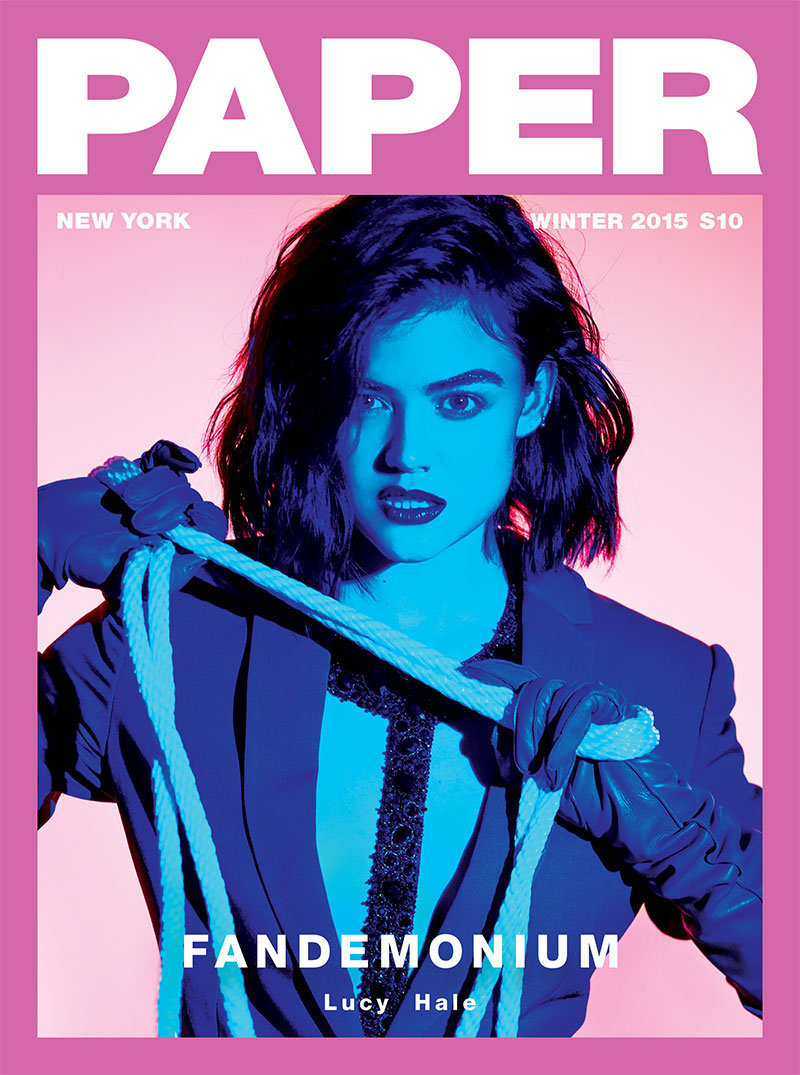 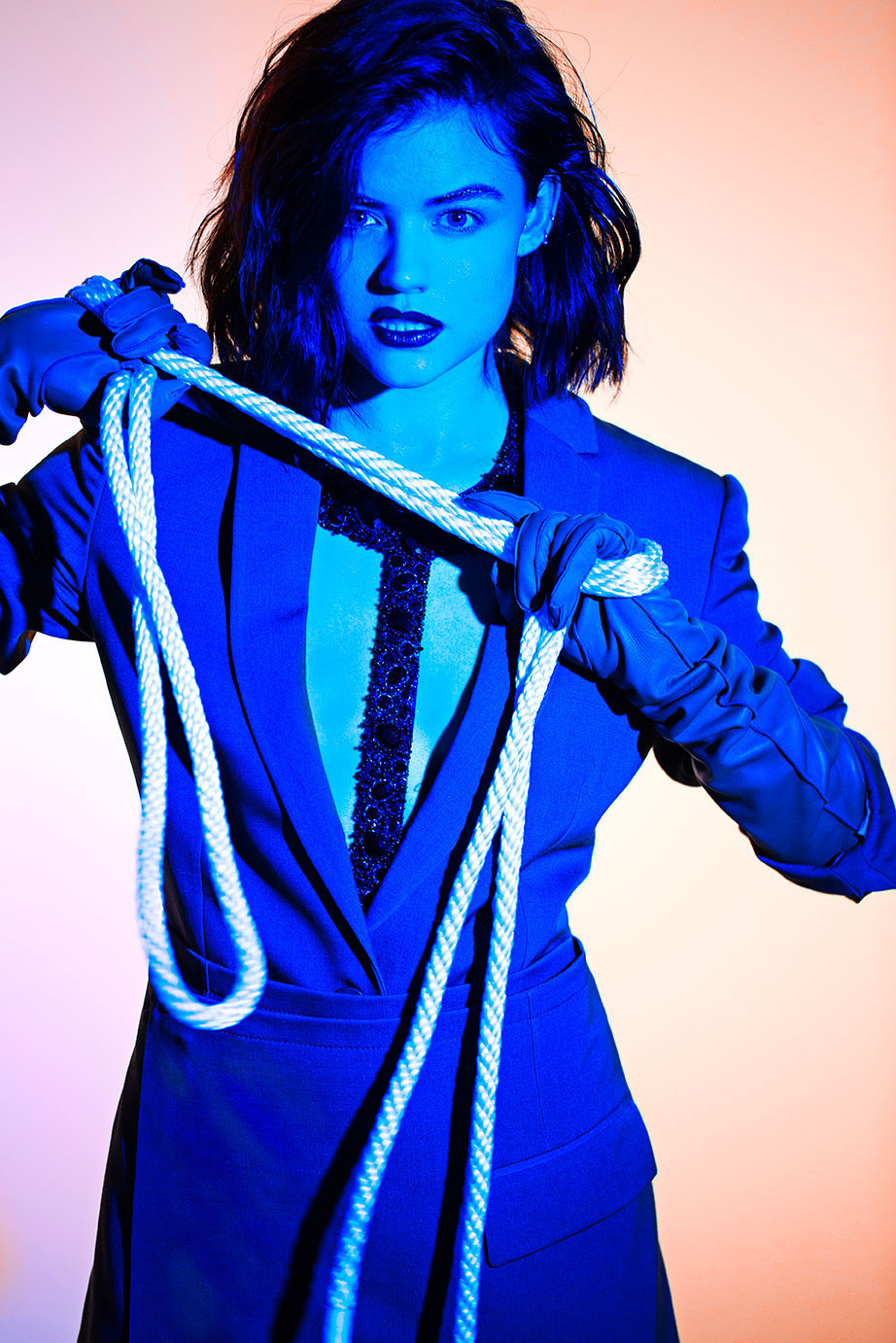 Lucy wears a suit by Stella McCartney, harness by Azeeza and gloves by Olympia Le-Tan. Photo by James Lee Wall. 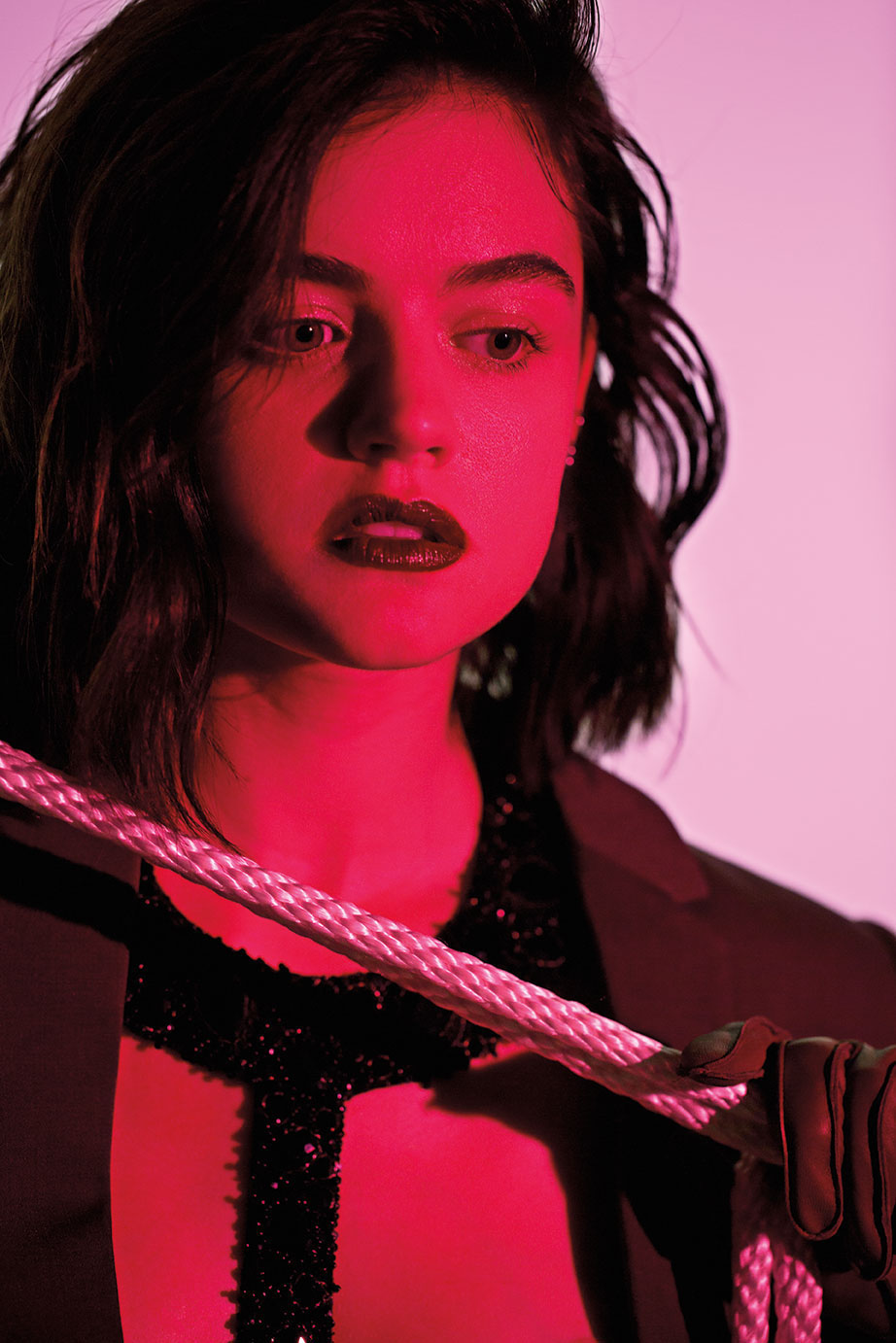 
Lucy wears a suit by Stella McCartney, harness by Azeeza and gloves by Olympia Le-Tan. Photo by James Lee Wall. 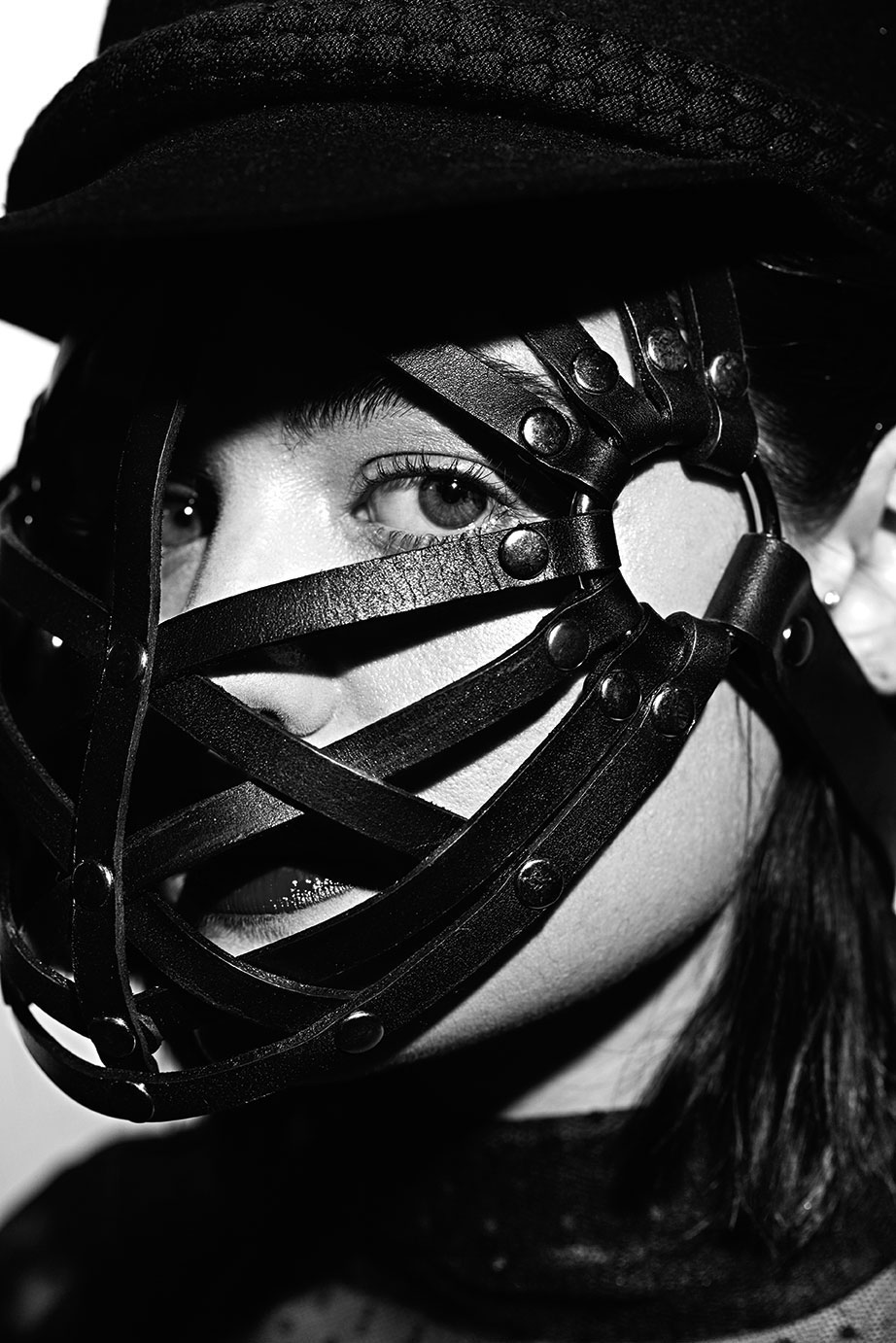 Lucy wears a mask by Zana Bayne and a hat by Lanvin. Photo by James Lee Wall. 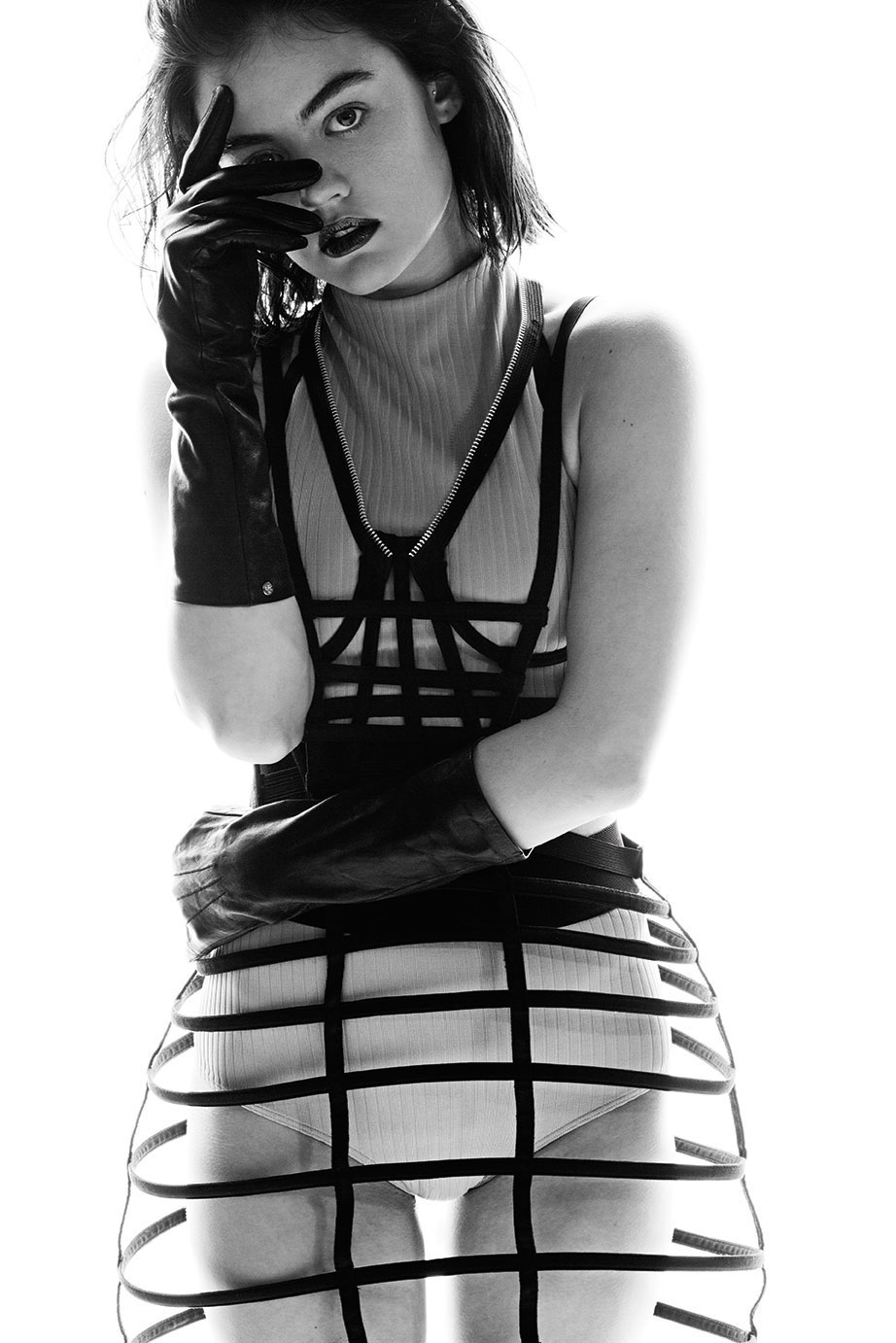 Lucy wears a top and bottom by Noe Undergarments, skirt and top by Chromat and gloves by Lanvin. Photo by James Lee Wall. 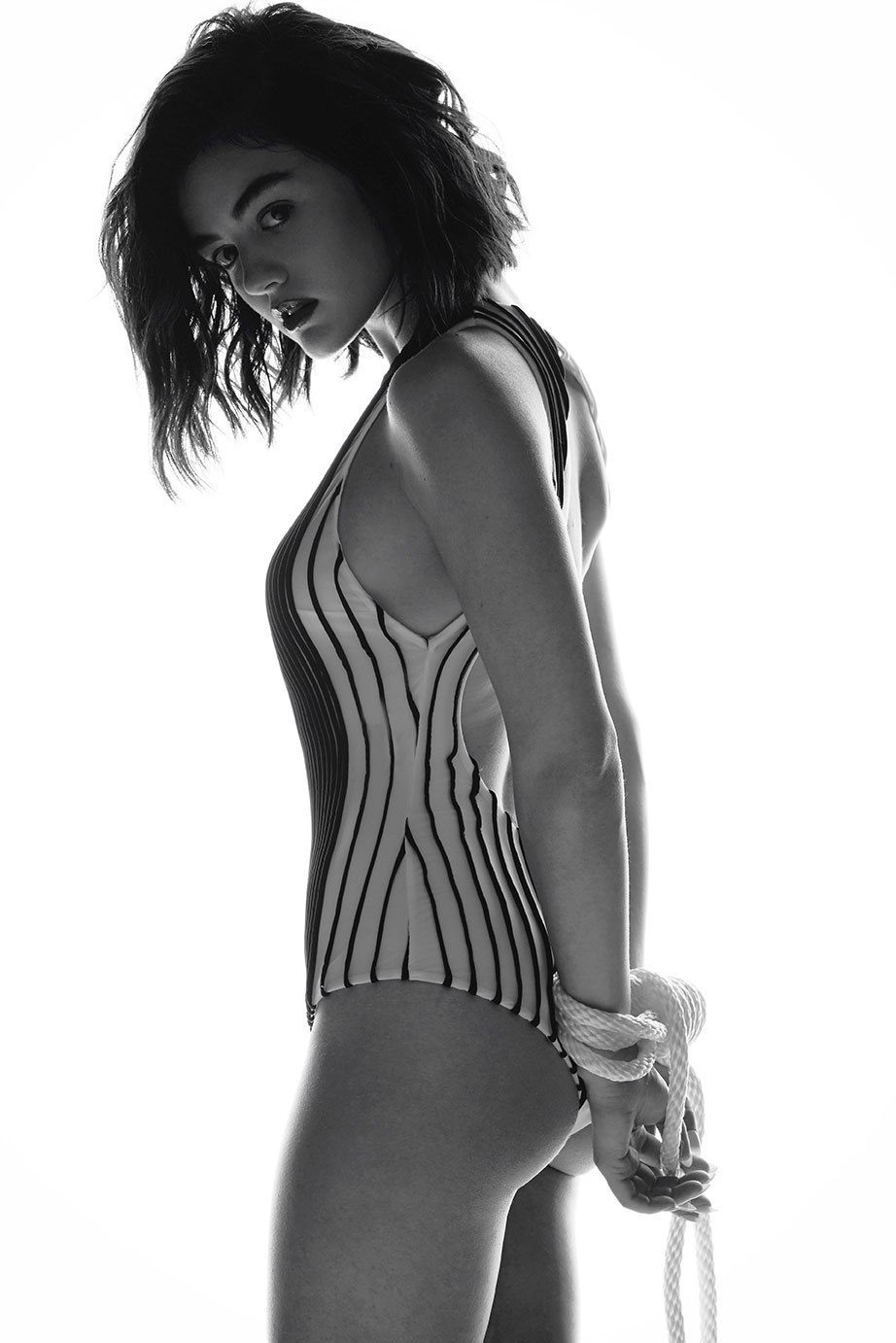 
PAPER
What is the craziest thing you've done all year?


Hale
Definitely skydiving. I mean... plummeting from 10,000 feet up in the air? It doesn't get more extreme than that. I felt like a badass.


PAPER
What is something no one knows about you?


Hale
There are plenty of hidden secrets about me. Those will remain hidden. I think a lot of people would be surprised to know that I'm not very social. I'd much prefer to "Netflix and chill" than anything else. I hate getting ready, and large crowds make me anxious.


PAPER
When was the last time you were afraid?


Hale
I freak out when people don't text me back promptly. I automatically assume the worst, and it's a fault of mine. I hadn't heard from a friend and jumped to the conclusion that they were hurt, and I should call 911.


PAPER
What were the last three things you Googled?

Hale
1) Mexican restaurants in Memphis.
2) The Little Mermaid.
3) Information on diabetes dogs (my nephew is raising money to buy one).


PAPER
What was the last show you binge-watched?


Hale
Narcos. So damn good. I watched it in a weekend.


PAPER
What did you eat for breakfast today?


Hale
A huge cup of coffee and a banana and almond butter. And a handful of candy corn.


PAPER
Which do you prefer, Seamless or Delivery.com?


Hale
Postmates! It's the most used app on my phone. I probably Postmates food 4–5 times a week.


PAPER
What is the weirdest thing you've ever bought online?