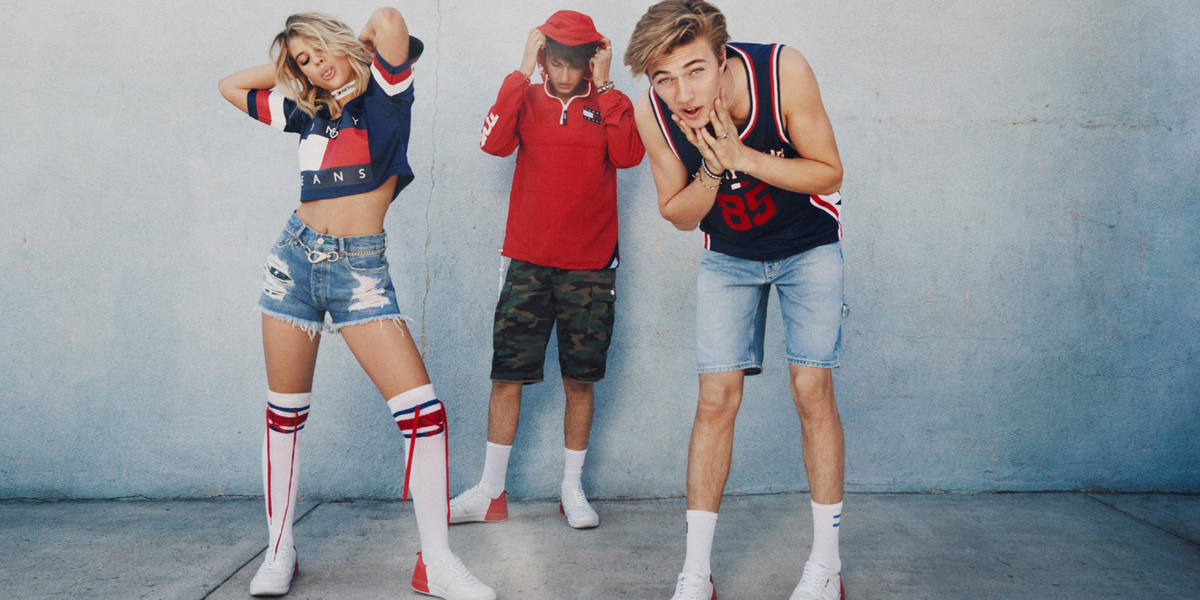 What do you get when you put together LA's coolest kids and some Americana 90s nostalgia? A pretty damn click-able campaign –which is likely why Tommy Hilfiger brought together Lucky Blue Smith, Sofia Riche and, of course, a Hadid (Anwar, to be precise).

For his new Tommy Jeans capsule campaign, the designer is blending the label's "90s heritage" with "exciting pop culture influences", which essentially culminates in a lot of logomania, denim and of course, is entirely red, white and blue.

"Lucky Blue Smith, Anwar Hadid, and Sofia Richie represent the youthful, rebellious spirit at the heart of the campaign, and bring fresh new edge to the denim classics offered in the collection," Tommy said of the collection. "Looking back on this era reminds me of some incredible memories — from our first collaborations with musicians and celebrities to our continued passion to celebrate pop culture."

Tommy has very much been at the centre of the pop culture consciousness of late regardless, recently collaborating with Gigi Hadid for a West Coast-inspired line, who he says has the capacity to heal relations between the Middle-East and the U.S.