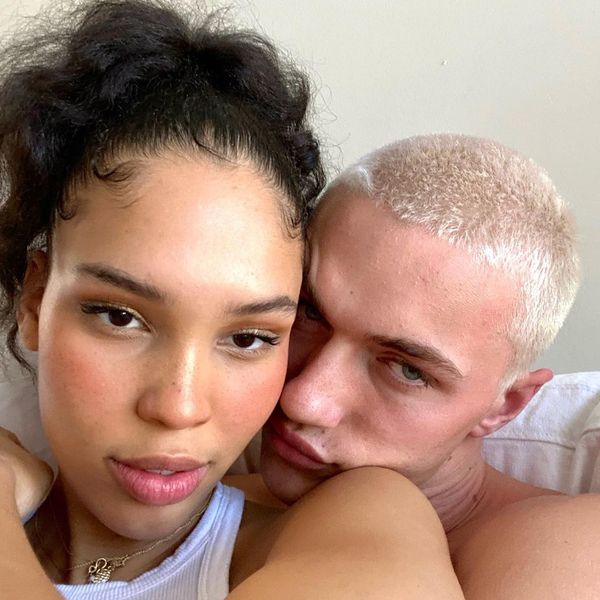 Lucky Blue Smith Is Having Another Baby

Celebs are rolling out babies like crazy lately. Grimes and Chloë Sevigny just became moms, Gigi Hadid's up next. There's something in the air! Now, Lucky Blue Smith has announced he's expecting his second child, with his wife of three months Nara Pellman.

The 21-year-old model, whose bleach blonde buzz cut is serious quar inspiration, posted a photo of a sonogram on his grid today. He and Pellman, also a model, began dating in November and wed in February. They appear to have already picked out the baby's name: the photo is captioned with what appear to be its initials "R.H.S."

Related | A Giant Baby Is Terrifying the Internet

Smith previously had a daughter named Gravity in 2017 with singer, actress and former Miss Teen USA, Stormi Bree AKA Stormi Helney. He has 50% custody of Gravity, who's now two and a half, and has pushed back on criticism that his jetsetting modeling work gets in the way of his parenting.

Smith's origin story is a legend: the former Mormon was scouted with his siblings by Next Management at age 12. His family relocated from Utah to Los Angeles, where he's since racked up glossy covers, campaigns, runway shows and a massive social media following. Congrats to the happy couple! Let's hope the world doesn't end so we get the chance to see all these gorgeous babies.