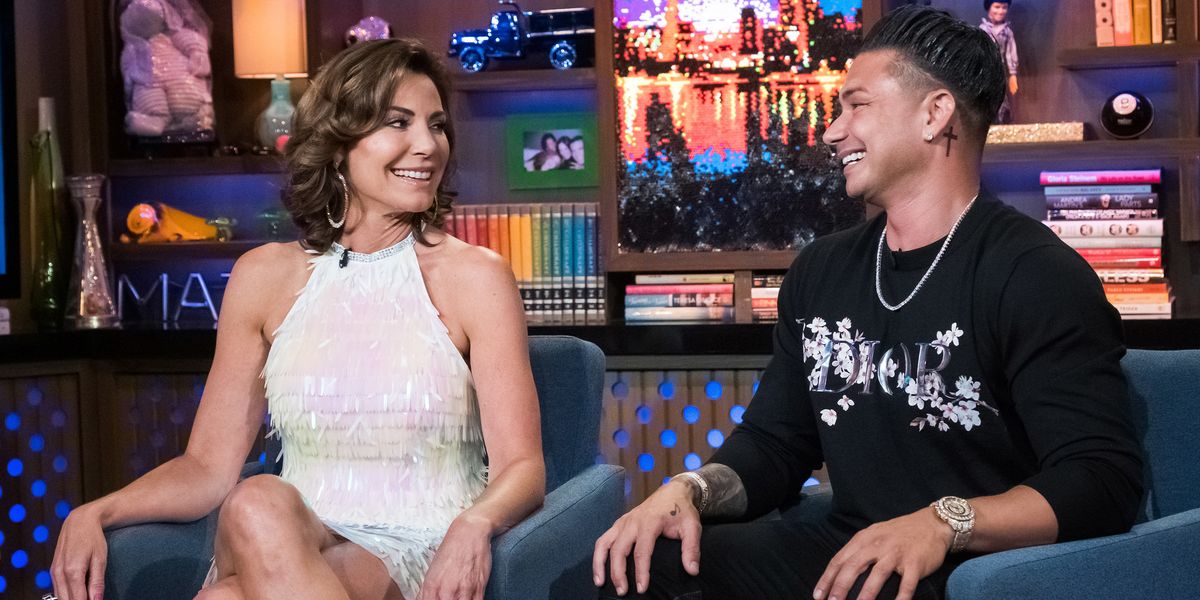 Page Six reports that de Lesseps confirmed the two are working on a remix of her track, "Feelin' Jovani," though the duo are still hammering out the details.

"With DJs, I like to hear their own version of how they would remix the song," she said. "We'll see what he comes up with."

According to the publication, the Countess and Pauly D met yesterday on Watch What Happens Live with Andy Cohen — and, apparently, the two immediately clicked.

Admitting that she was "blown away" by the "charming" Pauly D, de Lesseps explained that the collaboration was actually Cohen's idea.

"And Pauly D was like, 'Yeah, I would love to do that,' and so the collaboration was born," de Lesseps continued. "Pauly D is very successful in his own right and he wanted to remix the song, so it's great."

And though de Lesseps has never seen Jersey Shore — and admits she doesn't "know what to expect" — she's extremely excited to send Pauly D the stems and to get the song out "sooner than later." Even better? She also said that if they were to re-shoot the music video, she'd want to get Snooki and JWoww in on it.

Watch the entire episode for yourself, here.