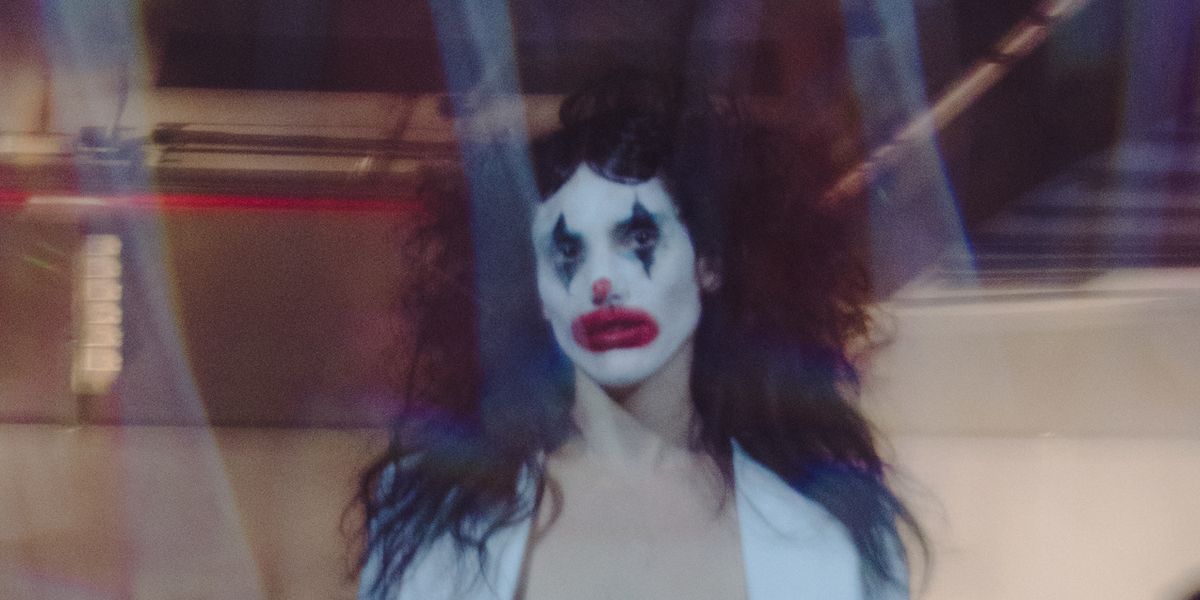 We caught up with artist Daniela Lalita, who memorably walked in the show wearing full sexy-clown makeup and a coordinating trench and miniskirt. Lalita also created the mix for LRS' runway, which veers sonically from frenetic hellscapes with warped chants to cheerily minor-key EDM vocals and hallucinogenic beats. The whole thing would be the perfect soundtrack for either a slasher nightmare you can't wake up from, or a ferocious stomp down city streets, devilish twinkle in eye and all.

Get lost in the psychotic mix, below, and learn more about Lalita's inspirations behind the soundtrack, which she says dances between "magic and delusion."

How does your mix connect to LRS' new collection?

I worked with how Raul [Solis] feels about the collection instead of how the clothes look. Overall, I got the understanding that much [of the collection] was about finding logic within an apparently nonsensical arrangement; he mentioned that this collection was collected within its insanity which was exciting to interpret music-wise.

How soon in advance did you make the music for this show?

I worked on this about a week before the show. I've been thinking a lot about Deadmau5 and Avicii recently so I made those baby choir edits as my ode to those two particular songs I used. Thankfully that made sense to someone other than myself. I tried to add some of the recurring sounds that I have either used or had as main influences in previous works like olympia disc music boxes, choirs, old Peruvian ballads and huaynos.

As a producer I also think that sound design is important. The themes of horror, drama and multiplicity that define my work leak into much of what I do, so thankfully they happened to be from the same world of the "Collected Psychosis" theme Raul gave me as a reference.

The mix seems to be a dreamy, at parts hallucinatory club vibe. How did you work in the more surreal transitions with what showed on the runway?

I did want it to mimic the same aggression with which one can enter and exit psychosis — somewhere between magic and delusion.