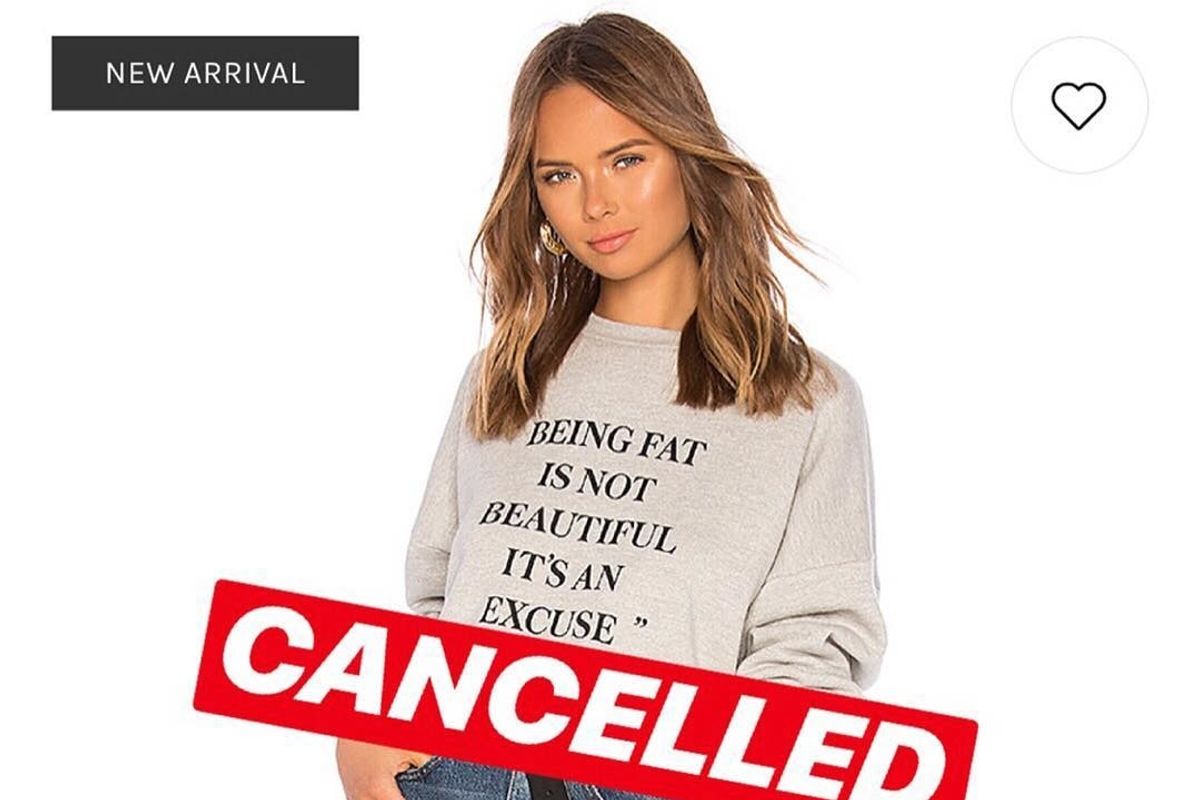 Today in sweatshirt-related drama, clothing brand LPA and parent retailer Revolve discovered that you lose the "reclaiming" aspect of placing fat-shaming insults on crewnecks when they're modeled by thin women.

The campaign, a collaboration between LPA founder Pia Arribo and Lena Dunham, was intended to bring attention the violent bullying and abuse that women face on the internet. It featured sweatshirts printed with comments that women artists and public figures including Dunham ("Horrible Result of Modern Feminism"), Cara Delevigne ("Too boney to be boned"), Suki Waterhouse ("If you translated a bum onto her face, she'd have a better face") and others. The proceeds were to be donated to charities that empower young women to pursue art and writing.

One of the sweatshirts was emblazoned with a comment originally directed at plus-size model Paloma Elsesser, "Being fat is not beautiful it's an excuse," despite being modeled by a typically thin, blonde model. In the advertisement, the sweatshirt reads as simply a fat-phobic insult coming from a thin person, with none of the intended self-awareness.

Artist Florence Given and model and body positivity activist Tess Holliday were among the first to spot the blunder.

Given reached out to Elsesser to make sure she was aware of how the quote was being used, and together they successfully convinced LPA and Revolve to take the products off the site.

Following the roll-out, Lena Dunham blasted Revolve's handling of the campaign on Instagram.

Less than 12 hours after the launch, LPA and Revolve officially pulled the line and cancelled the campaign.

"We messed up big. We are SO SORRY for hurting and offending you," they wrote in an apology on Instagram, calling it "a horrible oversight," and announcing that they'll be donating $20,000 to feminist advocacy non-profit Girls Write Now.