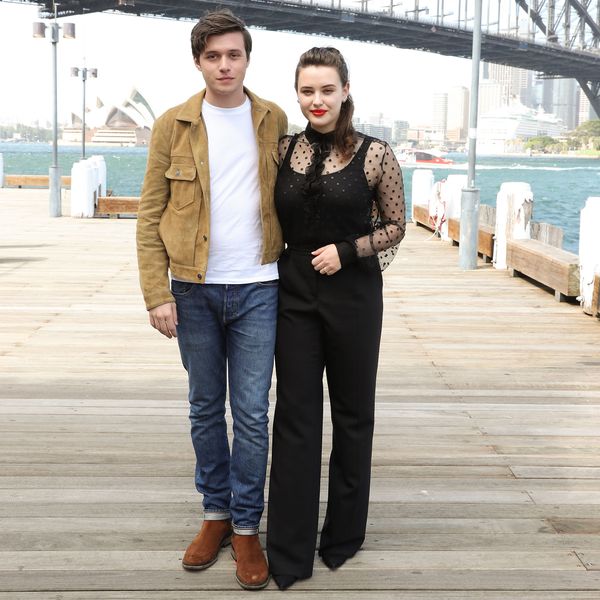 'Love, Simon' Director Bought Out Theaters So Queer Kids Can Watch For Free

Greg Berlanti, the director of the queer coming-of-age film Love, Simon, and his husband, Robbie Rogers, just bought out screenings of the film so that queer kids in Mississippi and Kentucky can watch it for free.

Rogers released a statement about their decision to provide free tickets. "Greg and I have been so moved by everyone reaching out about #LoveSimon, especially young LGBTQ people and allies who have connected personally to the story," he said.

This is brilliant: @robbierogers and @GBerlanti have bought out entire screenings of Love, Simon so queer kids can… https://t.co/OvbucIaHTI
— Chris Mandle (@Chris Mandle)1521791632.0

"We have been equally moved by the people buying out theaters to make sure this film reaches as many young people as possible and to that end we are working with various LGBTQ organizations to buy out theatres in Jackson, MS and Louisville, KY for young LGBT kids who could normally not afford to buy a ticket."

Other people like actor Matt Bomer, YouTube star Tyler Oakley , and musicians Mitch Grassi and Scott Hoying of Superfruit are also participating in a theater buyout campaign, buying tickets so that kids in their respective hometowns can also go see the film for free.

Recently, celebrities and public intellectuals have similarly bought out screenings of other movies in order to show their support. Cultural critic Roxane Gay bought out two theaters in Los Angeles so that people could see Wrinkle in Time for free. And, Octavia Spencer, Kendrick Lamar, and Chadwick Boseman all bought out screenings for Black Panther when it first came to theaters, The Hollywood Reporter writes.