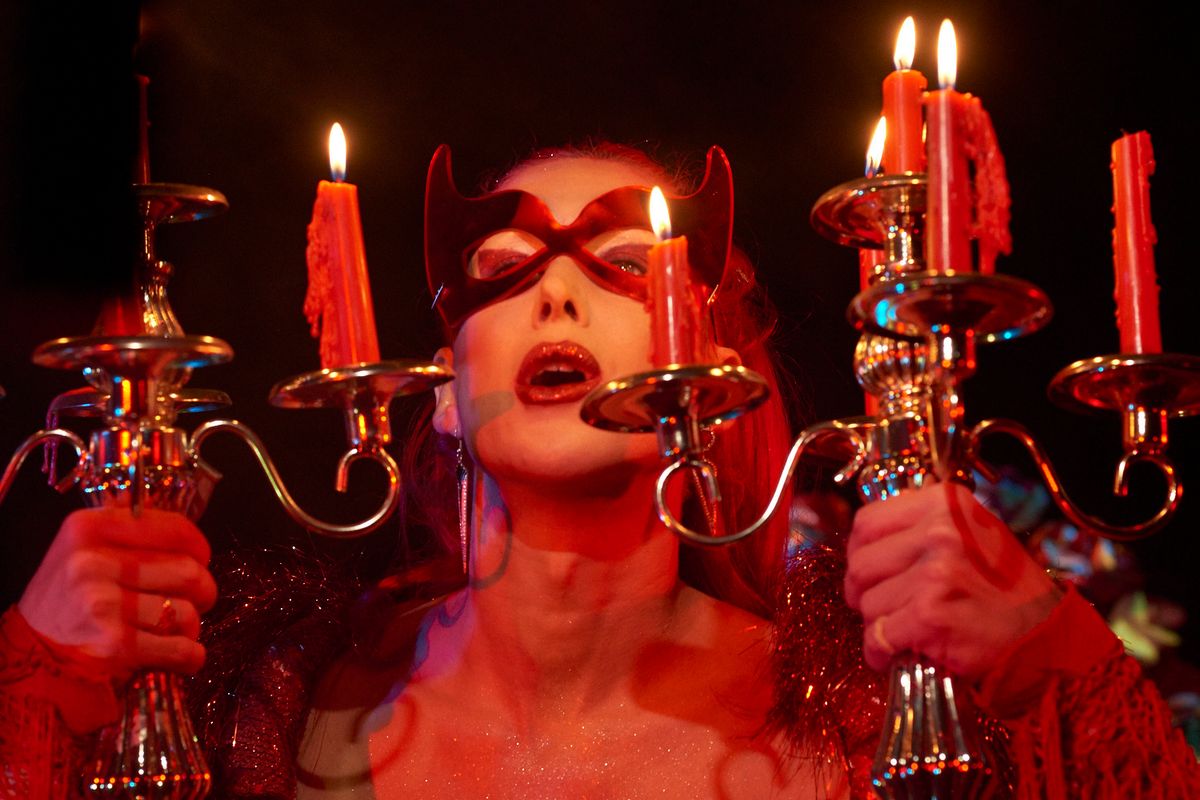 A celebratory reclamation of trans womanhood in light of 45's America.

From the beginning of her career, queer artist and performer Love Bailey has been promoting freedom of expression and the type of escapism that gives fellow queer people permission to feel their most vivid fantasies.

Bailey's provocative and visually stunning new video for "Hollywood Hooker" is no different, described as a "rock opera fantasy." The eye-catching video, which boasts dazzling costumes, sensual choreography, and a color palette of vibrant and muted deep reds and ocean blues, was made in collaboration with diverse queer arts collective Slather Studios at Savage Ranch — an intentional creative community in the Southern California desert. Savage Ranch and Slather Studios are havens for Bailey, and as the Ranch website says, it is a community meant to empower "visionaries, activists and artists a chance to come experience a place free from any gender and sexuality discrimination."

Bailey tells PAPER that the creation of "Hollywood Hooker" was born as a response to President Trump's America. "He said that trans women are a burden to society," Bailey explains. "This [video] was me reclaiming my truth during a time of repression where women like us have to fight for respect: Transphobia take a seat, if you fuck with me, I'll chop off your meat!"

Furthermore, Bailey says "Hollywood Hooker" was funded after she experienced exploitation by a gay sex app, but fortunately for all of us, her disheartening experience was powerfully channeled to make art she believed in. "[They] took my image for what I thought was an editorial, but later I found out they slathered my face on several billboards around the country without my permission," Bailey recalls. "Once I consulted a lawyer, retribution day came, and I returned the money right back to funding queer art."

Check out exclusive behind-the-scenes photos from the set of "Hollywood Hooker" by Mary Rozzi, below.