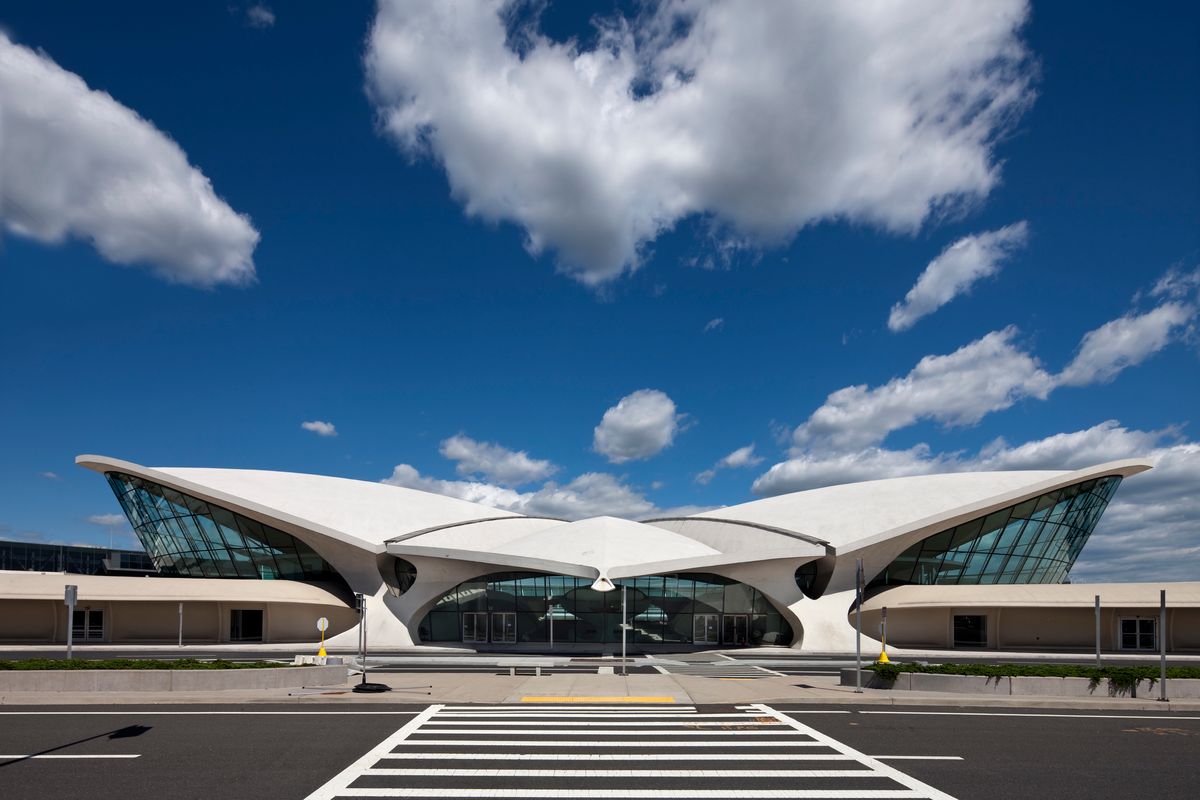 Louis Vuitton's Next Cruise Show Is Ready for Takeoff

Nicolas Ghesquière's Louis Vuitton has announced the where and when of its next cruise collection, and it totally ups the ante on previous show locations. The brand has previously unveiled collections in Monaco, the Bob and Delores Hope estate in Palm Springs, CA, and other architectural and travel landmarks in Brazil, Japan, and on the French Riviera.

Louis Vuitton's Cruise 2020 show is set to take place on May 8 at New York's Trans World Airlines (TWA) Flight Center, located at John F. Kennedy International Airport. In keeping with Ghesquière's love of all things travel and design-related, the TWA Flight Center is an ideal site for the cruise show, as it is widely considered one of the world's most inventive airport terminals.

TWA was designed in 1962 by Finnish-American architect Eero Saarinen, and ambitiously incorporates mid-century modern architecture throughout its 200,000 square feet. The building housing the terminal, which became a designated New York City landmark in 1994, is famous for its shape, which resembles the wings of jet. According to a release announcing the cruise show, TWA Flight Center "went dark" in 2001 to undergo massive renovations, which will include a 512-room TWA Hotel for visitors passing through the city. The new terminal will also feature "high-end retail, eight bars and six restaurants, [and] the Paris Café by Jean-Georges."

Louis Vuitton's cruise show will be the first brand to stage an event at the TWA Flight Center, one week ahead of its re-opening to the public on May 15. It's anyone's guess how the actual clothes themselves will look: I could easily imagine some forward-thinking, playful takes on everything from flight attendant uniforms to luxuriously tailored wares for the jet-lagged (albeit first class) traveler.