For Louis Vuitton's Resort 2020 collection, Creative Director Nicolas Ghesquière took the iconic French house all the way back to the future. Hosting the show at the TWA Flight Center in New York's John F. Kennedy International airport, the event marked a new era for the ultra-modern space designed in 1962 by the architect Eero Saarinen.

Harping on Vuitton's legacy of travel that spans centuries, the show's venue recalled the glimmering start of the Jet Age by taking a trip through time that landed right where it all began. Even though the TWA Flight Center has been closed to the public since 2001, the travel landmark has only been seen in movies like Ocean's 8 and Catch Me If You Can — until now. When the new hotel at the landmark site opens on May 15th with over 500 rooms and an infinity pool, there won't be reason to leave.

Louis Vuitton Official on Instagram: “#LVCruise The finale of @NicolasGhesquiere’s #LouisVuitton show at the TWA Flight Center in New York. Watch now on Instagram or at…”

The show's front row — SOPHIE, Mark Ronson and Robyn, among others — was treated to an impressive collection that referenced multiple decades of fashion, from '80s bubble skirts to '50s rockabilly styles, crystalized bustiers and skyline embroideries.

As as starting point for Ghesquière's inspiration, the designer recounted his own travel experiences saying, "I was lucky enough to have landed at the TWA Flight Center in the late '90s. It was something I could never forget. This place was forgotten for 20 years, and now has come back to life. It's like a sanctuary that's been revived and seeing it enchant anew in a different iteration, as a hotel, is a great pleasure. It's about rediscovering of an uncommon place that yet is a part of American heritage."

Take a trip through Louis Vuitton's resort 2020 collection, below: 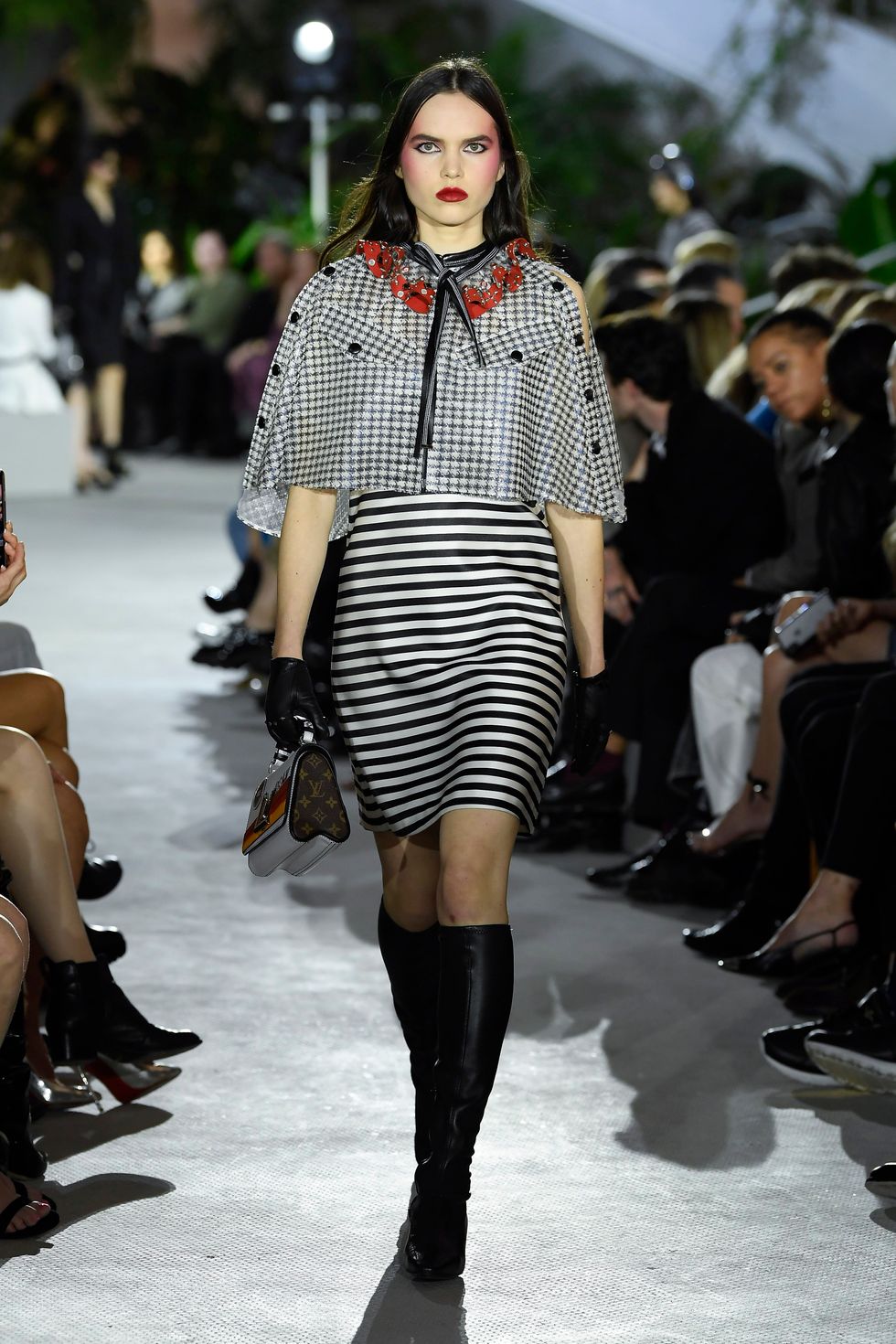