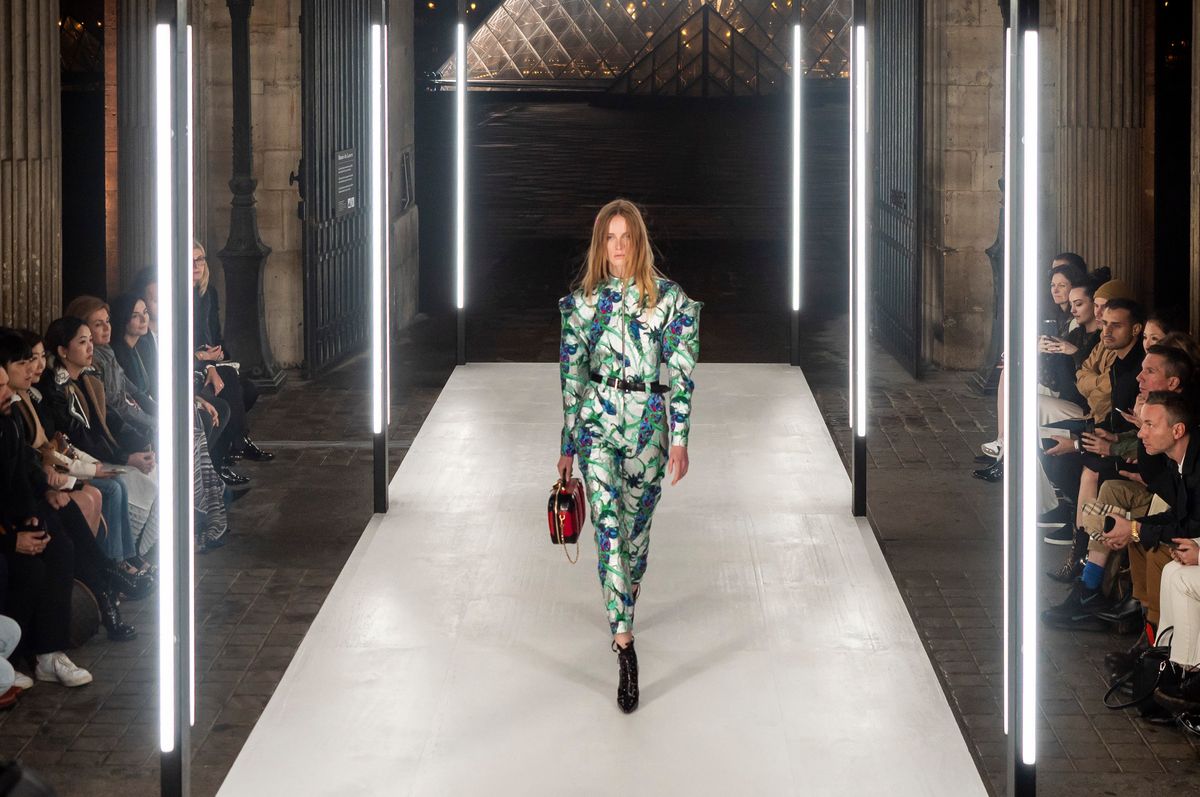 Clothes For The Future

Travel and a glamorous sense of wanderlust are central to Louis Vuitton's identity. As opposed to approaching far-flung destinations season after season, the malletier's artistic director of womenswear, Nicolas Ghesquière, opts for more abstract notions of escape. In September of 2013 he ventured into anime and video games with cyber-age punk ensembles; for spring 2018 he time travelled to 18th century France with opulent brocade jackets. In his spring 2019 collection — which showed earlier this evening at Louvre Palace's Cour Carrée courtyard — the designer leapt into the future with technicolor florals against metallic fabrics, bishop sleeves with piping that alludes to space suits, and immaculately sculpted outerwear made of bonded rubber.

Painterly prints that feature the house's initials were combined with graphics (seen on Vuitton's Instagram hours before the show) of pyramids and futuristic towers. Rendered in a vivid colors, these motifs, alongside strong-shouldered tailoring and grand statements like sequin dotted metallic netting and tinsel trims evoked '80s excess.

It seems that sneakers are not, as others would have you believe, the footwear of the future. Ghesquière eschewed the amorphous iterations of the athletic shoe he showed for fall in favor of pointed ankle boots. By extending the heel a hair beyond the back of the shoe, the designer brought nuance to the classic silhouette.

Bags in the shape of an egg (almost beetle-like in crocodile embossed leather) and spinning tops countered the collection's more classic accessories. The millinery stood out too: Ghesquière seemed to be referencing the iconic hat shown atop Cristobal Balenciaga's famous 1967 single-seam wedding gown. He famously reappropriated the style during his tenure at Balenciaga in 2008.