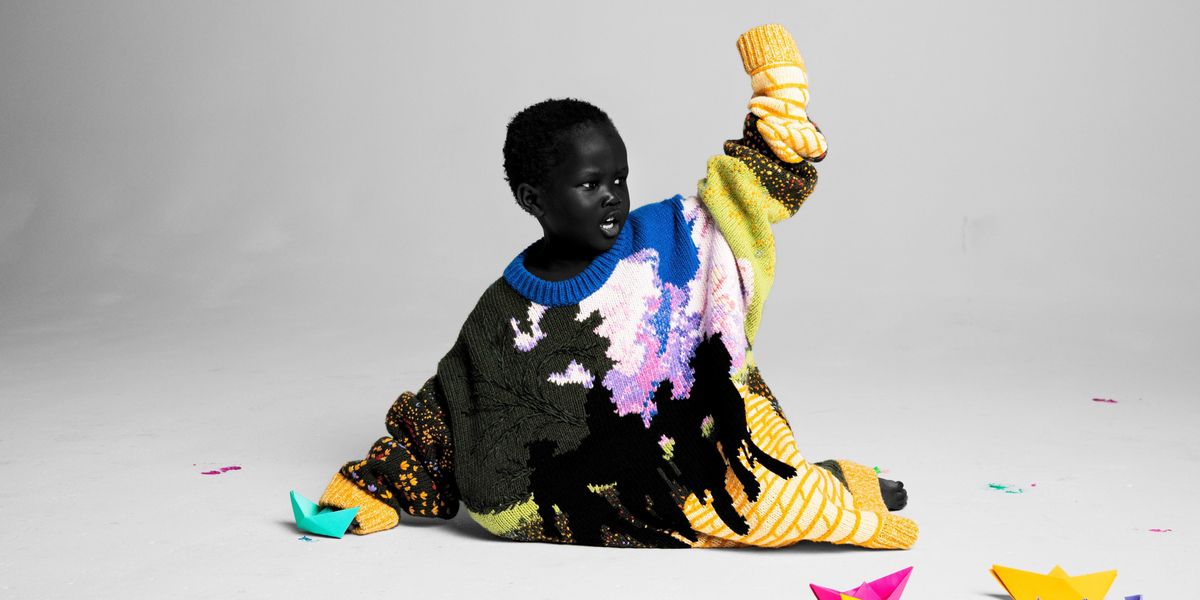 Fresh off his sophomore fall 2019 show for Louis Vuitton, Virgil Abloh is back to breaking the mold yet again with his first ever campaign for the storied Parisian fashion House.

A reflection on his debut collection for the brand, Abloh has now unveiled some of the first images from a massive new spring campaign that is broken up into three chapters, each with their own unique thematic focus. The first chapter, which launched today, is a meditation on youth and masculinity through the unique perspective of children. Titled "Infancy, Childhood and Adolescence," the series, shot by superstar photographer duo Inez & Vinoodh, takes Abloh's more colorful and Wizard of Oz-inspired section of the collection and leans into ideas of fantasy and imaginative play at their most raw and pure. Using the concept of "boyhood" as a way to examine "what makes a man?" the series uses projections of rainbows and poppies juxtaposed with child models to challenge typical conventions of masculinity in search of a more enlightened definition.

From there the campaign will then move into its second chapter, "The Painter's Studio," which looks at the more tailored and sculptural pieces of the collection as a way of contemplating the craft and ultimately Abloh's role as designer and auteur. Launching February 1st, the Mohamed Bourouissa-shot series re-imagines Gustave Courbet's 1855 painting of the same name in a contemporary setting with Abloh as the central artist figure surrounded by a cast of models and friends dressed in his work.

The third and final chapter, "School Teens," looks at the transitive state between adolescence and adulthood as a study of how communication, creativity, and individuality are formed as we mature. Shot by Dutch photographer Raimond Wouta, the series references the 1500 students Abloh dressed in similar color-blocked garments to form a rainbow for the spring 2019 runway show but recontextualized in a Los Angeles high school. Wouta's images evoke a very Baroque sensibility that dramatizes dynamics of social standing in a contemporary setting.

If Abloh's first collection for Louis Vuitton was his declaration of who he is as a designer, his first campaign for the brand outlines his philosophy on menswear and what purpose it serves beyond the fashion world. Starting with the fundamentals of what constitutes "men's" wear and how to approach old conventions in a fresh light, Abloh then lays out his vision for Louis Vuitton as one that prioritizes diversity, inclusivity, and unity before finishing on an optimistic projection for the future with his clothes as the through line tying it all together. It is a grand vision but we would expect nothing less from one of the world's biggest new designers at the helm of one of fashion's most revered houses.

The third chapter of the campaign launches March 2nd with the collection available to shop now at Louis Vuitton's online storefront.

Louis Vuitton Official on Instagram: “Infancy, Childhood and Adolescence. Introducing the first chapter of the #LouisVuitton Campaign by @VirgilAbloh for #LVMenSS19, shot by…”